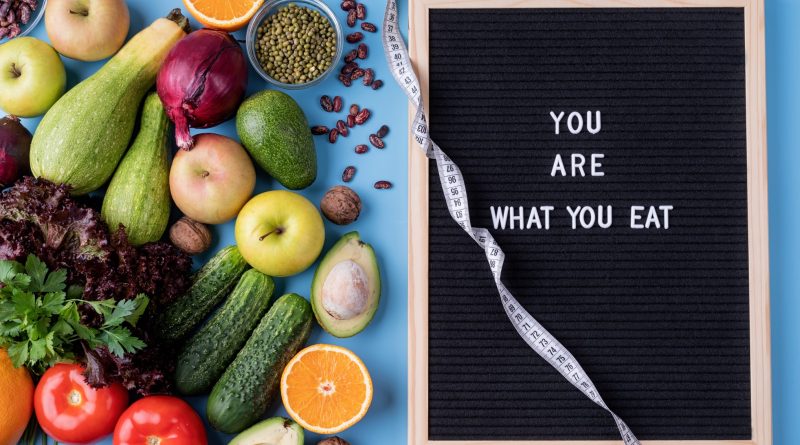 It’s no mystery. We’re all an outcome of the very products we put into our bodies. And if this is news for some, welcome to 2021!

Amid a myriad of eating trends, Frankenfoods, buzzwords and expensive skincare, lies a treasure chest of sensible approaches most people don’t have the patience to accept for the reward they’re looking to achieve.

What’s the reasoning behind why we gravitate to theories on specific foods and diets? Where does logic lie in paying for expensive skincare when the very foods eaten are of poor nutritional significance?

Is our value of time often so undervalued that the reward has to be instant with personal health being impacted in the long run? Unfortunately, it’s a ‘yes’ for most people.

Countless times I’ve debated with myself in determining which topic is more prevalent to write about at any given time – gluten-free, sugar vs. sugar-free, fried foods, protein loading, veganism and the list goes on. The point here is that we’re so bombarded with theories and fads, we’ve forgotten the importance behind how whole foods were meant to be eaten.

The sugar-free industry had its heyday in the ‘80s and ‘90s thanks to pop and candy manufacturers along with fat-free scare tactics. Lactose-free made its intro during the same period followed by the gluten-free revolution only in the last decade – with countless in-betweens before that.

The plethora of sparkling water companies who still race to mark their branding on bottles, the ice cream brands hustling to make the more palatable product that’s as close to fat-free as possible and the list goes on. In contrast, it wouldn’t be fair for me to note the other omissions for the greater good in my industry.

Examples of this are, chemical colour substitutions for more natural ones; corn syrup replacements with more natural sweeteners like honey, maple syrup or pure cane sugar; bleached flour replacements like unbleached, spelt or root flours; the discovery of inulin used to increase dietary fibre in certain foods which so often are void of it; alternative ‘mylks’ and milks to replace cow’s dairy; organic and grass fed abundance (for good reason); and the overload of information towards GMOs; herbicides and pesticides in our produce supply.

As a practitioner specializing in whole food nutrition, I have seen how eating habits directly impact the human body. Each system within our bodies rely so heavily on what we put into them. Whether you look at your body like a car or a garden, you innately know it must be fueled, watered and rested in order to perform according to its requirements.

As my politically correct intentions are here, it’s really hard not to take jabs at some of the most ridiculous notions some of you are led to believe are the answer to ultimate health. That in itself is a definition most of my clients struggle with.

So instead, I’ll pose questions to the reader to answer for themselves. Noting that of course gene pools can get in the way, stress and hectic schedules along with those heavy emotions, I’m here to remind you that each choice made is a step towards either contributing to or impeding your health.

Too often, food has been used as a tool to suppress emotions, being used to negate the very fuel needed for personal growth, energy output and allowing the body’s own rhythms to take place. There are also people who know that definite change is essential because their habits have contributed to lacklustre results over time.

There are also others who take the necessary steps due to a warning from their loved ones or a medical doctor due to an emergency who made it clear that enough is enough.

But what about those of you who dabble in and out of fad dieting time in and time out over extended periods of time? For the ones who insist that eating proteins as their only macronutrient full time is the answer to abolishing fat forever.

For the ones who would rather starve themselves, namely their brain’s main supply of required energy or the heart muscle for the sake of a notion that fasting is the answer to eternal health.

For the ones who exercise daily in the endless pursuit to burn off every calorie for fear of weight gain, I’m here to tell you it’s enough.

The relationship most have made between food and the body is so distant, it’s no wonder that we’ve strayed more than ever in pursuit of the ‘fountain of abundant health’ and struggle with the exact opposite.

We are facing challenges this era has never seen given the current pandemic and the quest to determine when it will dissipate. We are witnessing contradictions of opinions and countless instances of who is more right than the other.

The least we can do and in my opinion, the most important, is take care of our bodies. Because they’re ultimately the judge of how we function and how we ward off the unknown and keep us safe. So, for goodness sake, accept that whole foods exist for a reason.

Food defined is whole, clean and purposeful and not intended to be used as a science experiment. Our bodies are designed to react, behave and adapt to our lifestyles.

Make it a cooperative relationship versus a conflicting one and do it proudly. Your body will thank you for it. Food doesn’t evolve, knowledge does. There something to be said about nutrient density which only whole foods can provide.