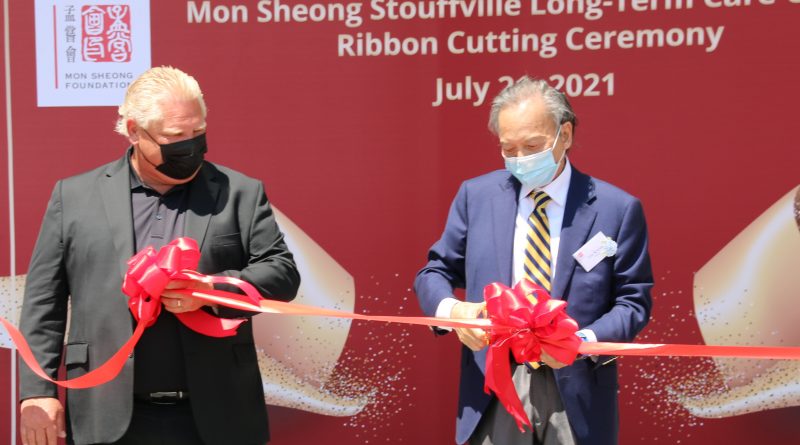 It was a very chilly day in 2019 when the ground was broken heralding the start of construction for a well-needed seniors’ care home in Stouffville. 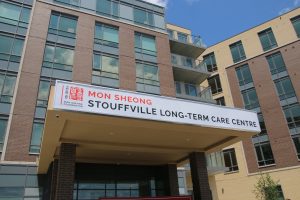 While a sense of excitement was in the cold air then, the opening seemed far in the future. That’s partly because these things seldom go as planned and delays are expected.

What was not expected, was the flawless execution of the build that not only finished what is a state-of-the-art facility that will host 320 long-term residents but actually finished a year under schedule thanks to a dedicated group of planning and construction teams, coordination from mayor and council and an enthusiastic provincial partner.

All those once-chilly groups gathered again recently. But this time with the excitement level as high as the bright, blue sky in the warm July sunshine as they came to celebrate the opening of what will be the first of a number of senior-oriented residences on the same Sandiford Drive corridor just south of Town Hall and Main Street, Stouffville.

Kwan outlined the Mon Sheong vision of building, not just a modern health facility that boasts individual HVAC filtration systems in every room, non-intrusive infrared temperature screening system and real-time locating systems for residents in need among other features, but also a facility that has the feeling of a home, not an institution. 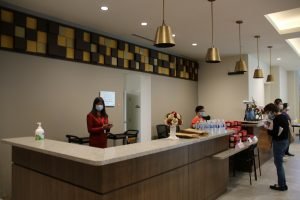 That vision also includes 24/7 medical care, secure floors, a wide range of recreational programs that include music, horticultural activities, exercise classes, plenty of room to meet and socialize with friends and family and even wandering robots that entertain and dialogue with residents.

Kwan also pointedly noted that the exceptional and varied food options served up in Mon Sheong dining halls will more than satisfy residents of both Chinese and “mainstream” ancestry, stressing it is a place for people of all backgrounds.

The first full-time residents begin moving in early August and the hope is to settle in about 14-21 people per week until the facility is at full capacity. 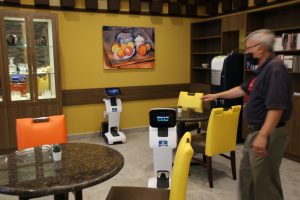 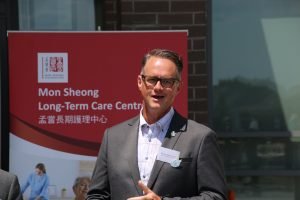 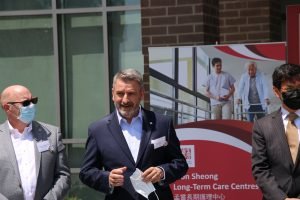 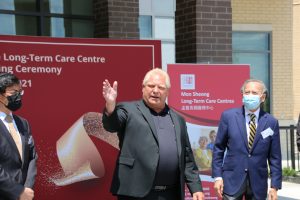