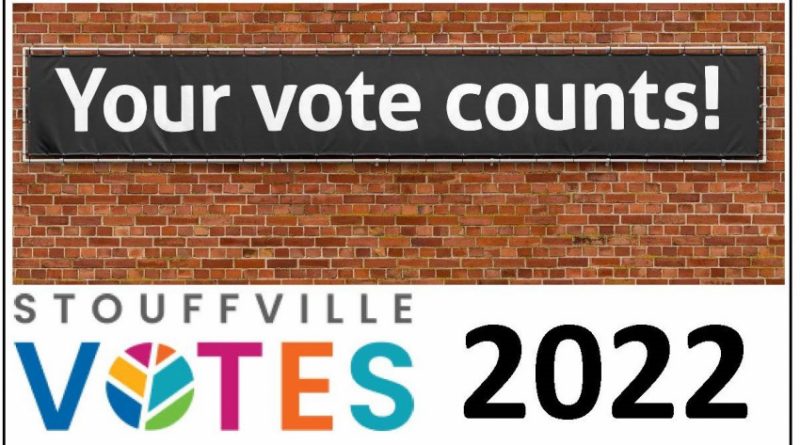 With the provincial election now concluded, political attention will now shift to municipal concerns as Whitchurch-Stouffville heads to the polls October 24 to decide among mayoral, ward and school trustee candidates to represent you over the next few years.

While municipal contests don’t seem to get the attention, or the voter turnout, that federal and provincial one sometimes do, they are, arguably, the most important elections we can vote in. They showcase issues that are closest to home.

One of the cool things about municipal elections is just how much say you have in how things turn out with voters allowed to vote on public, Catholic, English and French school trustees as well as for your member of council and mayor. Voters can also vote in any municipality they own land in which means you can vote in more than one place for all positions.

Over the next few months the Review will be delving into some of the ballot box issues for the area’s wards and positions to help you  prepare for the election. But first we thought it would be in order to outline some of the details of changes in the area and things you might want to know if you are planning to run or just vote.

In Whitchurch-Stouffville, there are a number of significant changes including, most notably, a significant restructuring of the town’s six municipal wards since last election to better reflect population trends. This means that your current ward councillor, even if running for re-election, might not be the one who you can vote for this time around.

The biggest visual change to the boundary map is the creation of the new Ward 1 which now takes up the entire west side of the township and is virtually all rural.

Ward 2, while largely unchanged in the most populated areas, now stretches down from Musselman’s Lake to the outskirts of the town of Stouffville proper, just below Bethesda and also gains some area on it’s eastern flank.

Ward 4, 5 and 6 all shrink accordingly in geographic terms into urban/suburban blocks that, collectively, make room for a brand new and fast-growing Ward 3 on the town’s eastern flank that is a mix of suburban and rural lands.

For those interested in pursuing electoral glory or just want to get involved in bettering your community through elected office, the barriers to participate are relatively low for would-be candidates. Any Canadian citizen over 18 years of age not barred from running who lives, owns land, resides, or is a tenant within the municipality can run.

On top of that, you must file a nomination form with the Town Clerk, have signatures of 25 voters supporting your run and pay a fee of $100 for council seats and $200 for mayor. Some other fees for the right to put up signs etc., may also apply.

Municipal candidates for all positions have until August 19 at 2 p.m. to register. For more information on election deadlines, rules, regulations as well as a frequently updated list of candidates for each position in this fall’s election, you can get that at www.stouffvillevotes.ca