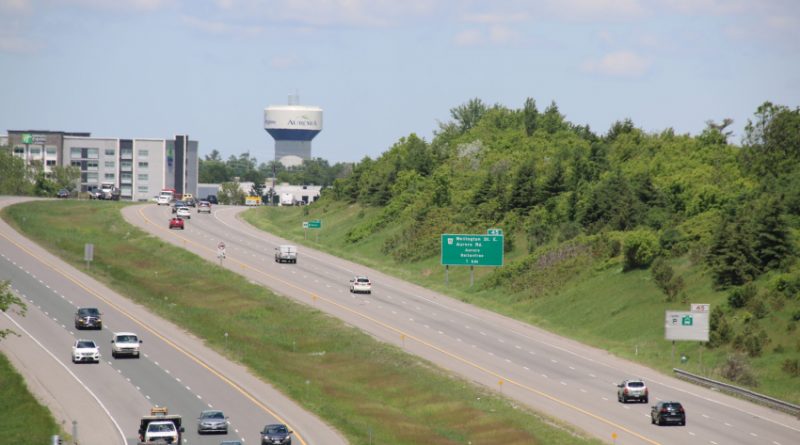 Nowhere are the boundary changes more evident than in the new Ward 1, which has essentially doubled in size geographically to absorb the current Ward 3 to create one, large, largely rural ward that stretches from the southern town boundary, just north of 19th Avenue to Davis Drive in the north and from the 404 to the western edge of urban Stouffville.

This makes some sense given the very separate needs and issues concerning rural versus urban and suburban folks. It also makes for a pretty large piece of land for any would-be councillor to cover.

But, Kroon notes that, in his opinion, whoever wins the new ward, will largely have to deal with many of the same issues that have been on the docket for the last few years.

“It continues to be Gormley/Vandorf,” he says, referring a narrow swath of land along the east side of Highway 404 which has long been an important development corridor yearned for by the town, but also a contentious issue for some residents and conservationists that insist the province should retain the protected land designation that prevents development.

“We are hoping that the province will agree with us and allow us and the region to convert lands on the 404 corridor – where its appropriate, because there is some environmentally sensitive areas there – to expand into Gormley area to meet up with the new development that Markham is building at the 19th interchange and some additional land in the Vandorf area – enough to bring in servicing and bring in proper commercial development which is going to bring in much-needed jobs close to home.”

Kroon sees this area as an economic anchor for the future of the Town as a whole noting that available commercial development land in the “village” is essentially used up. “We don’t get the [commercial tax] assessments, we can no longer pay for the amenities and services that people deserve. “I don’t care what anyone else says, that is the number one focus – commercial development.”

Residential growth, it should be noted, does not provide for the same kind of tax base that commercial does and will not suffice to provide the funds for services residents require long term.

The “greenbelt” designation for the entire area outside of the limited commercial land already established provided for in the Greenbelt Act of 2005 has long been a bone of contention for Stouffville council as it prevented Stouffville from developing the same kind of land that all other communities along the route have been allowed to develop unfettered.

A simple look at both sides of the highway from almost any overpasses along the corridor betrays the stark contrast in permissions given by the province.

The ongoing push to achieve 100 per cent high-speed internet service will likely continue to be a relevant concern, although much progress has been made in recent months with fibre lines, satellite and other options continuing to grow.

Aside from that, safety on rural roads including speed of passenger cars and commercial truck traffic has, and continues to be, a concern. Already in the last council’s term, red light cameras, lower speed limits on roads like Bloomington and Aurora Rd., as well as roundabouts have been established and more of that is needed says Kroon.

While it will be interesting to see if other candidates share Kroon’s vision for Gormley, the issues that concern the new Ward 1 will also be dealt with by more than one councillor as all town issues, regardless of what ward an issue has relation to, are voted on by all council members.

Heritage designations, especially in downtown, waste pickup, transportation options and in-fill development within urban centres will no doubt be of concern to all voters as well as other ward-specific issues.

These are only some of these issues we will dive into over the next few months in the Review as we ramp up for election 2022.

Photo: The contrast in development along the 404 corridor (looking North from Vandorf Rd.) between Aurora and Whitchurch-Stouffville side is striking with none on the Stouffville side and much on the West side.