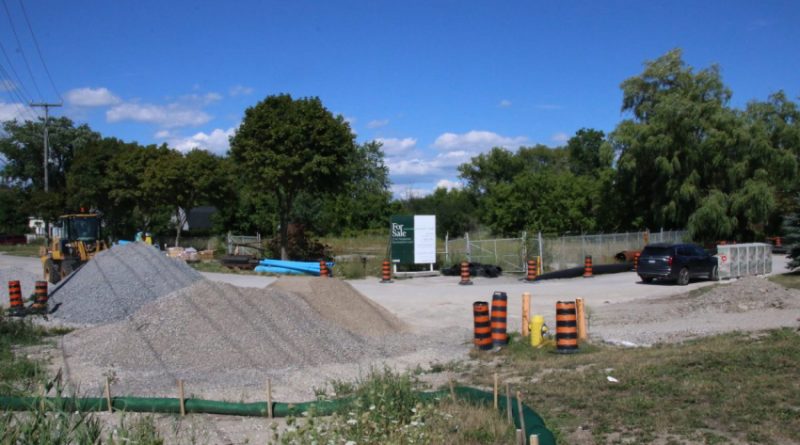 Over the last couple of months, the Review has taken a look at some of the issues that will be at play this fall as voters take to the polls to elect their school, town council and mayoral candidates.

We looked at rural wards, including the newly-arranged Ward 1 and Ward 2.

While it’s easy and justified to think that rural interests and needs might be very different from town dwellers, it may surprise some to know that many of the issues being articulated by candidates already signed up for battle in the aforementioned wards are not inconsistent with rural folks’ concerns. Issues around road safety, infrastructure, and residential and commercial development are key to the two solitudes. But what exactly good development looks like is another story.

For some, the increased size of residential towers proposed for areas such as at Highway #48 and Stouffville Rd. are just too big while others feel the densification is both desired and necessary. This entire “gateway” area to the west side of town will look much different and will be cause for more discussion even after the election.

Many will say “thank God” given the poor sight of abandoned buildings and unkept lots that greet people entering town.

But why has development been so slow?

The answer is complex. Current Ward 4 Councillor Rick Upton says it is jurisdictional wrangling between levels of government and complicated by other bodies like the Toronto Region Conservation Authority (TRCA) which can intercede in any number of issues.

The TRCA can act to “safeguard and enhance the health and well-being of watershed communities through the protection and restoration of the natural environment and the ecological services the environment provides” on behalf of the province and municipalities. This means a good chunk of said area, much of which is technically flood plain.  Add to that differing visions from residents and a slow-moving bureaucratic process.

Again, as in other areas, a willingness and expertise to navigate and coordinate these interests is a key strength for any election candidate.

For his part, Upton says he has been in the private sector for a number of years and one of his stated goals is to reduce the bureaucracy where possible which starts with staff and council treating any current or potential taxpayer (like a developer) as a customer, not an inconvenience, and do what the Town can to facilitate an easier process.

This arduous development process means that land hosting abandoned buildings on the north and south side of Main St.still stand after multiple proposals to redevelop.

The northeast corner, while not yet a go, has been proposed to hold up to a 21-story building.  But that land has recently been put up for sale (complete with an enticing picture on the for sale sign of what the property could look like if allowed).

The development that is becoming known as Stouffville Commons – the south-east corner owned by Smart Centres, has been approved and will transition from an empty field into a mix of commercial and residential space, including condo towers, town-homes, a hotel, commercial and educational spaces, starting as soon as next year.

Similarly, land to the southwest of those corners will also be developed soon and has attracted some controversy over a developer’s successful acquisition of MZOs or provincial Ministerial Zoning Orders which allow developers to bypass municipal plans or in some cases locally, override green or white land designations.

Upton makes no apologies for supporting these initiatives and wanting to densify “some” parts of the town, specifically as it pertains to residential including the recent use of MZOs.

Noting that the town is scheduled to grow up to 90,000 people, he asks rhetorically, “where are they going to live?” Noting the constraints of the greenbelt lands that encircle the town, he says that while he understands that people get nervous about change, he believes there is room for such projects without compromising the community feel of the town. “We’re are so limited in terms of land,” Upton says.

“We’re probably one of the most regulated communities in Ontario,” he says referring to the greenbelt restrictions. But he observes that Stouffville is quickly becoming a destination for immigrants from the GTA and “we need immigration, we need the jobs,” he continues and adds that to be able to justify new town amenities and jobs, room must be made so that means building up. But, he clarifies, it is not about unregulated condo building. He believes current council has been striking a good balance.

On the commercial development side of things, given greenbelt land restrictions and limited commercial lands in town, Upton and others on council have been pushing to have the province allow for more land development along the Hwy. 404-corridor in Gormley and north, noting that Stouffville is unique among its immediate neighbours along the Hwy. 404 in not being able to advantage themselves with development there.

Current Ward 6 Councillor Sue Sherban —one-time mayor and 45-year resident of the area — has confirmed she is going to have another run for council and is positioning herself as an “advocate for the environment” firmly opposing any opening of greenbelt lands. That includes the Hwy. 404 corridor and aforementioned MZOs. She insists there are still other, better, viable options available for development.

While her views differ starkly with others on council regarding 404 commercial developments, she stresses she is not anti-development and shares a view that changing any commercial lands in town to residential is unwise and points out that “future commercial taxes are imperative to alleviate our residential taxes.”

“Speeding, speeding, speeding,” Upton emphasizes when ask about the biggest issue he faces every day, noting he gets numerous calls or emails every week from frustrated ward residents tired of their neighbours flaunting road rules. He and Sherban both tout their own efforts to get speed humps in residential areas, stop signs where needed, utilize radar speed indicator signs and traffic delineators (road mounted flexible posts) and influence enforcement of speed limits, especially along Hoover Park and its tributaries.

Both councillors also stress their willingness, and ability, to work constructively with others on council to get things done. This trait, as well as an ability to work with other levels of government, has also been identified as a key requirement for effective governance by every member of current council through interviews with the Review over the past few years.

It also seems to be central to the view of new candidates vying for office including in the vacant new Ward 3.

Mike Humphreys was the first to sign up for that race in what will be a new suburban ward. The ward will be shaped by the east and south boundaries of the town running to Bloomington in the north.

Humphreys while not making specific comments on key issues, did offer when asked, that his campaign will centre on his willingness to “stand up” for accessible leadership, getting shovels in the ground, lower taxes and be “a constructive voice of action on town council.” Well-known athlete and business owner Keith Acton has also recently joined that ward race as well.

While there is some broad-based agreement in all wards on what the key issues will be in the upcoming election, there is going to be some jousting about how best to address them and who will be best able to get things done.

By August 19, the final roster of candidates for all municipal roles will be finalized and the choices for the October 24 elections will be clear. In the next Review, we will look at that complete list of candidates and also take a look at the contest for mayor.

The Whitchurch-Stouffville Public Library and Chamber of Commerce will also be hosting a mayoral candidates debate and an in-person meet and greet with all candidates for council positions on October 5 at Spring Lakes Golf Club starting at 6 p.m.