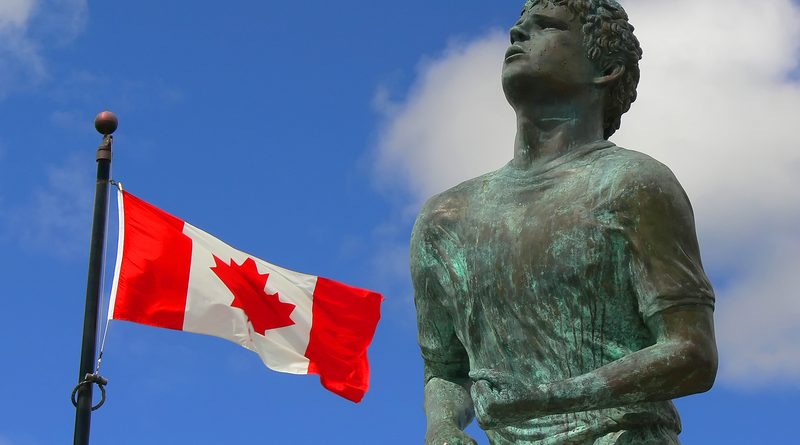 Due to the COVID-19 pandemic, the second-ever virtual Terry Fox Run will be held in 650 communities across Canada – including Whitchurch-Stouffville.

In these uncertain times, the one certainty we have is that cancer is not waiting for COVID to be over. The response to the first virtual event, in 2020, was inspiring to organizers.

“Terry could never, ever have imagined that 41 years ago, where his legacy is and the impact he’s had on so many people and cancer research in Canada,” Terry’s brother, Fred Fox, said.

This year, Canadians will again unite in spirit, not in person, for their own version of the Run on Sept. 19, 2021.

Millions of Terry Foxers will continue to honour Terry, aided by new technology that will enhance the virtual participation experience by providing a way to “get fundraising, get inspired and get fit.”

The Stouffville Terry Fox Run, which was first held in 1982, surpassed the $2 million in 2019. More than 800 people gathered in Stouffville Memorial before heading out on 2 and 5k courses through south Stouffville. They raised $68,000 for cancer research.

“We’d love to be back in Memorial Park this year but realize that’s still not possible,” said Stouffville run co-ordinator Stacey FitzPatrick. “But we can participate safely on our Stouffville streets, rural roads, backyards and home treadmills. We know how much our community appreciates Terry Fox and his legacy.”

Registration for individuals and teams opened nationally in May and business has been brisk. You can register and order your 2021 Terry T-shirt by visiting https://terryfox.org/run/

The Stouffville run team would also like to hear from cancer survivors across Whitchurch-Stouffville and present them with a red Terry survivor shirt. Call 416-768-6971 for details.

For more information and updates on the Stouffville Terry Fox Run, visit https://terryfox-stouffville.ca/.