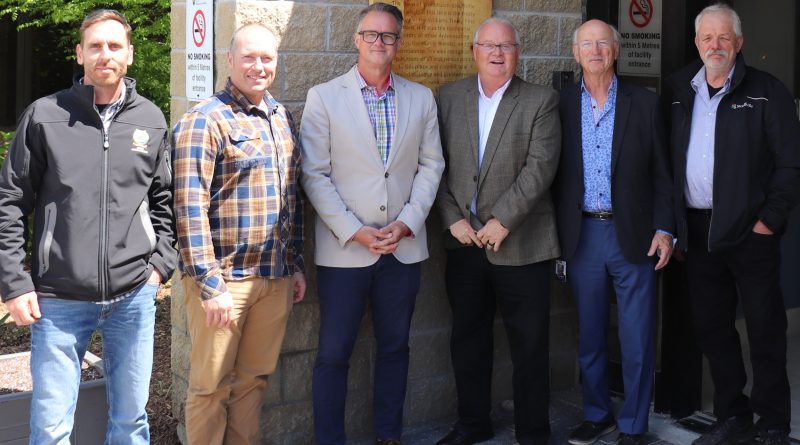 The land acknowledgement plaque for the town was unveiled on May 17th at Town Hall, recognizing the contributions of Indigenous peoples to this place.

Grand Chief Rémy Vincent and Chief William Romain of the Huron-Wendat Nation joined Mayor Iain Lovatt and council members in the ceremony. Together they unveiled the plaque at the entrance to the Municipal Offices at 111 Sandiford Drive.  Earlier that day Chief Emily Whetung of Curve Lake First Nation was able to join the delegation.

“I was honoured to welcome Grand Chief Vincent, Chief Romain and Chief Whetung to Whitchurch-Stouffville for this historic moment,” Lovatt said. “The plaque is a symbol of our commitment to making the promise and challenge of Truth and Reconciliation real in our community.”

The acknowledgement reads: “The Town of Whitchurch-Stouffville acknowledges this land is the treaty territory of the Williams Treaty First Nations. It is also the traditional territory of other Anishinaabeg peoples, the Huron-Wendat, and the Haudenosaunee. We also recognize the contributions of all Indigenous peoples to this place and commit to a continued dialogue and greater respect for the land we have come to share. Recognition of the contributions and historic importance of Indigenous peoples must also be clearly and overtly connected to our collective commitment to make the promise of Truth and Reconciliation real in our communities.”