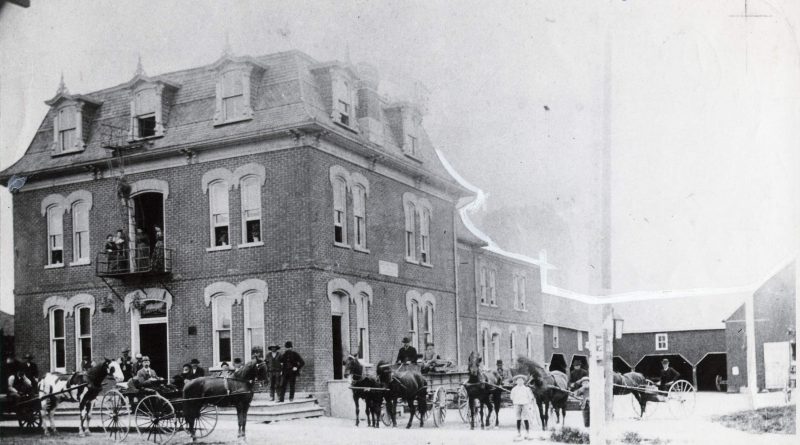 Two Heritage Awards will be handed out this month: one for a commercial property and the other for a residential property.

This year’s recipients are the gothic style two-storey residence at 233 Second Street and the former Mansion House Hotel (currently the Stouffville Junction) at 6162 Main Street on the corner of Edward Street.

“The award winners represent the town’s rich history, with each property having made an extraordinary effort towards the conservation, restoration, or adaptive reuse of a built heritage property,” said Shannon Jaffer, Manager of Heritage, Events and Theatre Operations for the Town of Stouffville.

The residence at 233 Second Street was built in the Ontario Gothic style in 1887 for David Williams, a hostler (who tended horses for a hotel). It was also the long-time home of David Grove, a retired farmer, and Allen B. Closson, who owned a nearby onion storage barn. This building is in the neighbourhood west of the railway tracks, which in the 1880s, experienced a ‘building boom.’

“Those who have made contributions to this property are to be commended for the impressive sympathetic additions and seamless modern extensions all in keeping with the home’s original style,” said Krista Rauchenstein, supervisor of the Whitchurch-Stouffville Museum.

Stouffville Junction, formerly known as the Mansion House Hotel, was built around 1879 by Elijah Miller. Originally servicing business travellers who arrived by train, it accommodated 75-100 guests. It was considered one of the best hotels north of Toronto. It was elegantly furnished and had electric lighting and hot water heating. There were stables along the north of the property.

“The recent work completed at Stouffville Junction has set a new standard for heritage presentation in our community,” Jaffer said. “From its impeccably researched copper roofing to its phenomenally restored brickwork, the restored building is a beautiful cornerstone on Main Street.”

A Heritage Awards presentation, complete with plaque unveilings, will take place at 9:30 a.m. on June 4, at Stouffville Junction. The ceremony will be part of Stouffville Celebrates Heritage which includes the kick-off to the 17th annual Doors Open Whitchurch-Stouffville which will have a variety of sites open to the public throughout the day for free.

Over 700 properties are listed in the Town’s Built Heritage Inventory – a database of buildings of significant physical and cultural value throughout Whitchurch-Stouffville. Eligible individuals, corporations, and organizations, having made an extraordinary effort towards heritage preservation, can be nominated for future heritage awards. The awards are selected by a sub-committee of the Town’s Heritage Advisory Committee.

Photo: Former Mansion House Hotel (currently the Stouffville Junction) is being recognized with a Heritage Award. Photo courtesy of the Whitchurch-Stouffville Museum.