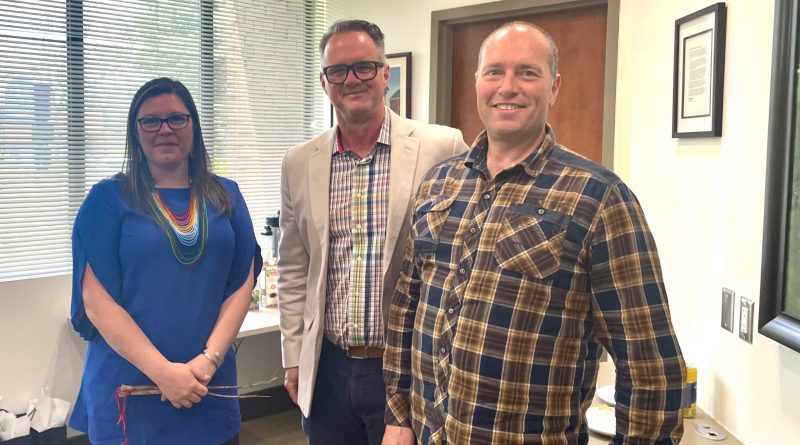 The Town of Whitchurch-Stouffville is working with First Nations to create an educational space for each Nation to tell the story of their history here.

“Stouffville sits on the traditional territory of the Mississauga Nation that we shared historically with our allies, the Huron-Wendat,” Chief Emily Whetung of Curve Lake First Nation said following a recent meeting with town representatives.

“Recognition from the Town of Stouffville and their commitment to commemorating the historical interaction of the Mississaugas and Huron-Wendat is something we celebrate.”

On its website, the town acknowledges the history of its land and the “contributions of all Indigenous peoples to this place… Recognition of the contributions and historic importance of Indigenous peoples must also be clearly and overtly connected to our collective commitment to make the promise of Truth and Reconciliation real in our communities.”

The town is planning future meetings with the goal of creating the educational space.

“The significance of this meeting is not lost on me,” Mayor Lovatt said. “The Chiefs coming together to discuss their shared history on this land we now call Stouffville is a historic moment.”