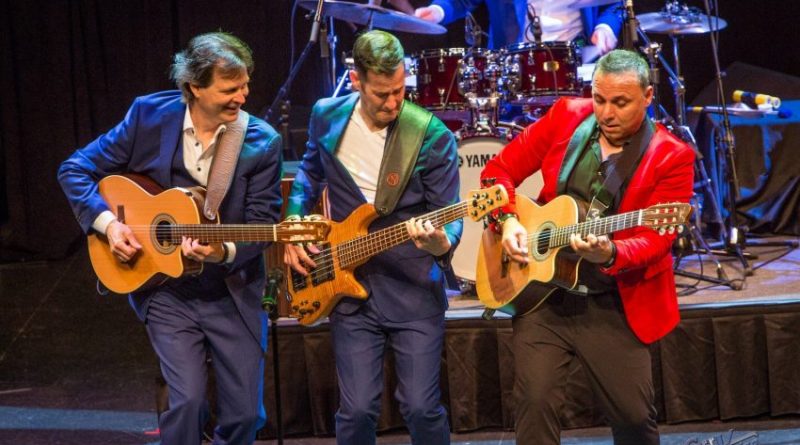 To mark 37 years as York Region’s cornerstone of theatrics, drama, arts and culture, Flato Markham Theatre has unveiled an impressive and dynamic lineup for its 2022-2023 Diamond Season.

“Flato Markham Theatre continues to provide a place not only for global performers and artists to connect with our community, but for local talent as well,” Mayor Frank Scarpitti says.

The Simply Series aims to highlight a selection of professional Canadian artists with unique stories to share in an intimate setting with the audience. The 2022-2023 Simply Series will be more accessible, as it allows patrons to have an in-person experience while simultaneously offering live-stream services of the performances for those who wish to attend virtually.

“The Simply Series is truly sensible and artistic, allowing patrons to experience a brilliant live performance along with the true emotional journey of each individual Canadian performer,” says Eric Lariviere, General Manager of Flato Markham Theatre.

The theatre launches the new season with the performance of Tom Cochrane with Red Rider on September 14. Characterized by creative adventurousness and musical integrity, this Canadian rock icon will be reunited with his Red Rider bandmates on stage for an unforgettable evening.

Shortly after, join Brass Transit as they bring Chicago’s jazz rock to Markham on September 16: with a world-class horn section, a rocking rhythm section and vocals stacked sky-high, Brass Transit transports audiences back to the freewheeling days of the seventies.

The first show of the exceptional Simply Series will be Take Your Power Back on September 23. Rob Tardik band and special guests, featuring keynote speaker Kimberley Black, will take the audience on a journey of overcoming trauma, building resilience, and inspiring hope through the art of dance, storytelling, and music.

More unforgettable highlights will include Masters of Illusion on September 28 and 29, stunning the audience with interactive magic, sleight-of-hand, dangerous escapes, and hilarious comedy, and the charming trio The Tenors on their Now and Forever tour on October 1, as part of the Annual Discovery Gala.

Kurt Elling Quintet’s Markham debut on October 6 will reaffirm him as one of jazz’s greatest vocalists.

Then, on October 13, the angelic sopranos and altos of the Vienna Boys Choir will show us why they have been an enduring symbol of Austria and the Viennese Court for more than 500 years.

Following up to this on October 14, don’t miss your chance to see a truly authentic, avant-garde theatrical production in Sandy Hackett’s Rat Pack Show, based on the musical and comedic legacy of the Rat Pack which captures the relationship, respect, love, and laughter of a once-in-a-lifetime moment in history.

Sampradaya Dance Creations presents: Sankhya on October 15. The dance company specializes in the creation and production of classical and contemporary dance works rooted in the Indian Classical dance form of bharatanatyam.

Get ready to roll out of your seat with laughter on October 28 with Gemini award-winning stand-up comedian Jeremy Hotz.

Prepare to be amazed by The Peking Acrobats on October 29. These remarkable performers are among the premiere Chinese acrobatic companies in the world today as they continue to redefine their ancient art form.

The legendary Canadian Music Hall of Fame rockers April Wine are scheduled to bring down the house on November 4 and Michael Kaeshammer is back live and in-person on November 24.

Following up is the divine talent of Pavlo in Concert on November 26. Pavlo takes it up a notch by partnering with world-renowned conductor Marco Parisotto. Together they create a night of superior musicianship second-to-none.

Supertramp ruled the ‘80s with Breakfast in America – the album was everywhere and has accompanied us through life and several decades. It’s a deep, hypnotic record that sends the listener on a trip, and Classic Albums Live will be performing it in a way that no one else in world does on December 2.

There will be plenty of shows to stir the holiday spirit at the end of the year, starting with the incredible tribute Elvis: A Wonderful World of Christmas by international award-winning artist and actor Steve Michaels on December 3; the ViVA Trio on December 9, and The Nutcracker: A Canadian Tradition by Canada’s Ballet Jörgen scheduled for three performances on December 30 and 31.

Nestled in the thick of the holidays is the fourth and final Simply Series show on December 16: the much-revered Lawrence Gowan, loved by all generations. The Scottish-born, Canadian-raised rock icon has been gracing the airwaves and world stages with hits like Strange Animal, A Criminal Mind, and Moonlight Desires for decades.

Another spectacular performance on December 28 is The Aluminum Show, a magical, mystery- filled creation combining visual theatre, dance, and humor into an exciting, multi-sensory experience, the likes of which audiences have never seen. This is the story of one man’s incredible journey to a parallel universe – a futuristic planet made entirely of aluminum.

Heading into 2023, the ice will be broken by PIAF! THE SHOW – a musical celebration of the life and music of the legendary French chanteuse Edith Piaf. The show narrates the rags-to-riches story of the Parisian singer’s career through her unforgettable songs, complemented by a visual tapestry of previously unreleased photographs and images of famous Parisian locations of the Edith Piaf era.

January 27 marks the famous chef-turned-comedian Ali Hassan’s side-splitting show Does This Taste Funny? ­­– a hilarious exposition of his journey in and out of the culinary world in which he spent 12 years.

Carrying forward with the theme of great Canadian performers, Jann Arden performs January 28. Don’t miss the soul, passion, and purity of one of the most brilliant and multi-dimensional Canadian artists in contemporary history.

Catch the unique and spellbinding performance of Miigis: Underwater Panther on February 1, a journey from the Atlantic Ocean to the Great Lakes as performers explore catalysts for movement, water trade routes, Anishinaabe archetypes, and mystery beings on their journey from salt to fresh water. The Miigis Saga reveals the power of nature and Indigenous prophecy through contemporary Indigenous dance, theatrical innovation, and a fusion of athleticism, music, and film.

On February 2, see and hear the exceptional vocals of Freedom! as it highlights Black performers throughout history. From church hymnals to the blues, from jazz to rock ’n’ roll, R&B and rap, we owe much of our musical history to Black culture, and it’s time to give credit where it is due.

Relive the magic of Frank Sinatra on February 3 with Canadian crooner Matt Dusk. Take a journey with the award-winning, multi-platinum selling singer as he whisks you away to Las Vegas in 1966 where he pays homage to his hero.

Get jammin’ with the cosmic funk of The Original Wailers on February 10. Dance to your favourite classics, along with original music, performed at the theatre.

On March 3, join the Mardi Gras Mambo party. The Dirty Dozen Brass Band are the pioneers of the modern New Orleans brass band movement, recognized worldwide as an unstoppable musical machine that knows how to bring life to the stage.

If your taste is more contemporary jazz mixed with pop, be sure to catch the Canadian jazz prodigy Nikki Yanofsky whose unique voice appeals to music lovers across the spectrum. She performs March 4.

No Woman’s Land on March 8 includes empowering narratives. It is a dance theatre work based on real stories that beautifully reveals the depths of human resilience in the face of adversity.

Plan to see Ricky Skaggs & Kentucky Thunder for a genuine performance of musicians becoming one with their instruments. Enjoy Bluegrass, southern charm on March 10.

John Pizzarelli comes to Markham on April 6. His infusion of jazz and pop, along with his natural imagination, creativity, humour, and talent are sure to make this night an unforgettable memory.

Jesse Cook on The Libre Tour is scheduled for April 20. An accomplished guitarist, producer and equally prolific film maker, he has evolved his talents to create experiences that delight audiences both in concert, and online.

On April 21, the widely loved Just for Laughs Road Show will feature up-and-coming Canadian comics paired with a host that is guaranteed to make you laugh. Don’t miss some of the best acts from the world’s largest and most prestigious comedy festival.

Wrapping up the 2022-2023 Diamond Season are two spectacular shows: Dan Hill & Myles Goodwyn featured on April 22 and the exceptional concert of Ray On My Mind which brings the music and the story of the great Ray Charles to vivid life.