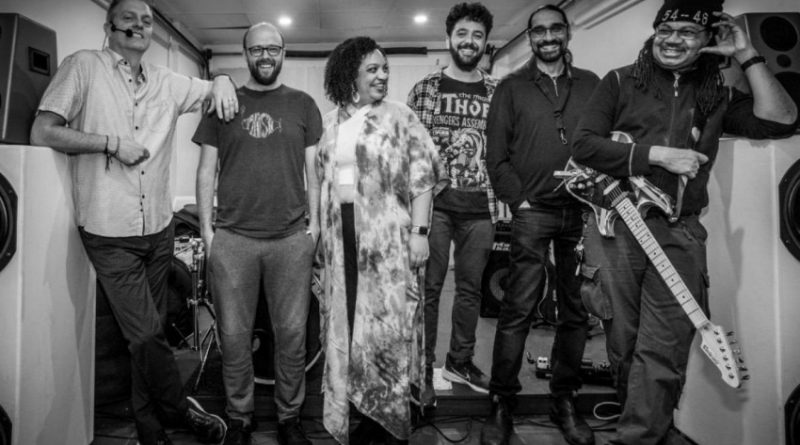 They recently launched the lead single and video – which was filmed in Stouffville – My Love Sings Like a Lintie. The song expresses a joyful blend of Scottish folk, global roots and reggae. The video was filmed in the Whitchurch-Stouffville community of Lemonville.

“A lintie is a Scottish word for a small linnet bird (finch),” Wilson explains. “The song is ostensibly about chasing fleeting youth. I see this chase occurring down the Lugar Water by the dam in Ochiltree, Ayrshire, Scotland, where my mom was born.”

Wilson was also one-half of reggae-folk duo Wilson & Swarbrick (with fiddler and former Fairport Convention member, the late Dave Swarbrick), who released two albums – ‘The Lion Rampant’ (2013) and ‘Kailyard Tales’ (2018). His most recent solo album is ‘Sumach Roots,’ released in 2019.

Born in Toronto to Scottish immigrants, Wilson played his first show at 14 years old with reggae pioneers Messenjah. Later, with his band Tabarruk, their debut album included a duet with Alanis Morissette. Then, under the new band name Jason Wilson & Tabarruk, he released three albums; ‘Dark Corners’ (1998), the Juno nominated ‘Jonah’ (2000) and the acclaimed ‘dREaD & BLUE’ in 2004, which generated Wilson’s anthem “Keele Street” (featured in Canadian TV series, Da Kink in My Hair and more).

Next, Wilson embarked on a solo career and released the Juno-nominated and Canadian Reggae Music Award-winning ‘The Peacemaker’s Chauffeur’ in 2008.

Additionally, Wilson is also an award-winning author of eight books. Recently, he won the 2021-22 Joseph Brant Award for ‘King Alpha’s Song in a Strange Land: The Roots and Routes of Canadian Reggae’ (awarded by The Ontario Historical Society), and along with Kevin Shea, he co-wrote best-seller ‘The Toronto Maple Leaf Hockey Club: Official Centennial Publication, 1917-2017’ in 2016 and won New York-based Heritage Award for Outstanding Sports Research and Writing for ‘Lord Stanley: The Man Behind the Cup’ in 2006.