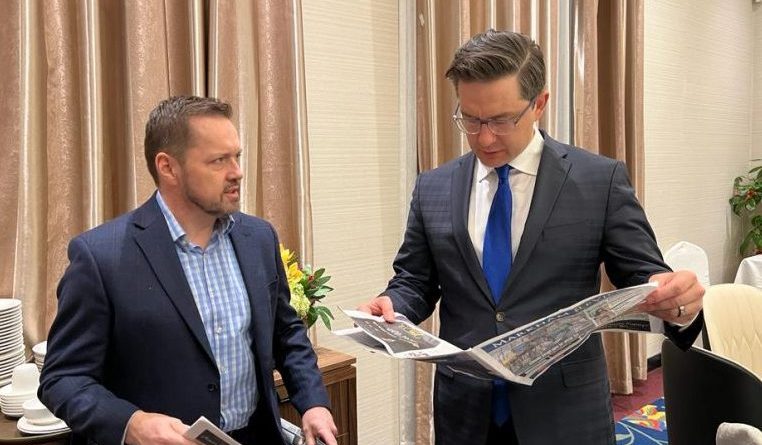 One of the notable successes of the Harper-era Conservative team was to make electoral inroads with newer Canadians in various cultural communities that had long been canvased by an aggressive Liberal outreach team and traditionally disposed to vote Liberal. Believing that those communities were a natural political fit with Conservative bread and butter values of hard work, freedom, opportunity and family-centric communities, then Minister of Citizenship, Immigration and Multiculturalism Jason Kenny spearheaded a campaign that saw him and a team of dedicated MPs and community organizers set out to leave no cultural event or dinner unattended.

The effort was welcomed, and electoral results began to show it. But, even in Conservative circles, there was a sense that outreach efforts had atrophied since and that “natural” bond had begun to slip, aided by an aggressive Liberal party PR effort and, in some cases, alleged foreign interference.

In the mind of current Conservative Leader Pierre Poilievre, this is something that needs rectifying. So the leader’s itinerary since he was elected leader in September 2022 has seen him largely askew mainstream media to deliver his “pro-immigration,” pro-opportunity message directly to newcomers and various ethnic communities through ethnic and independent media.

This is what has brought Poilievre to the GTA a number of times in the last few months and again in our area this week to pitch his vision of opportunity to primarily Chinese community groups and media groups but included the Review.

Drawing on his own modest start in life in Canada and referencing the trying experiences of his wife and family who are refugees from Venezuela, he laid out his vision that included tighter fiscal policy, eliminating red tape for small businesses start-ups, a plan to work with others levels of government to build more housing and getting tougher on violent crime. He criticized what he referred to as Liberal “catch and release bail reforms” that allow alleged offenders out too easily to commit more crimes. Relatedly Poilievre believes policies around drug use are also problematic and is symptomatic of a system that is in need of repair.

“We see our streets flooded with opioids, heroin and other drugs that are killing our people and tent cities formed across the country. The Liberal government policy is to flood the streets with even more easy and cheap drugs that are resulting in massive increases in overdoses and crime.  What we need to do is provide people with treatment and recovery so that they can get off the streets and into a productive life. That is the agenda of the Conservative party. We believe that we need to turn hurt into hope. That includes giving immigrants opportunity to achieve their full potential.”

That full potential for immigrants, he posits,  can be aided with a renewed emphasis on family reunification which he says would enjoy a speeded up “stream” of immigration under a Conservative government. Further, he promised quicker recognition of foreign professional credentials so that newcomers can get to work quicker and realize the opportunity they seek quicker, noting that in some fields, like medicine, see a majority of foreign-trained professionals in Canada not practicing here.

The elephant in the room, though, quickly recognized by attending media, was relations with China.

Poilievre there offers a perspective that is sure to inform Conservative messaging in the next election, saying that although he takes issue with interference in Canadian political affairs from any foreign country’s government, including the communist regime in Beijing, he sees the people in a different light.

“I think we have to make clear that we consider the Chinese people our friend — both the population in China and Canadians of Chinese origin. Conservatives share the values of  Chinese Canadians. The values of hard work, family, tradition. These things are what built Canada…My message is one of friendship with the people even though we have our disagreements with the government.”

When asked by the Review why immigrant communities should vote for his party, he again relates back to nuts and bolts issues around the economy and immigration. He references his own learned experiences and those of his wife.

“The Conservatives are the party of opportunity. I was born to a 16-year-old mother who put me up for adoption to two school teachers who taught me that it didn’t matter where I came from but where I was going. It didn’t matter who I knew but what I can do. That’s the country I want my kids to inherit and for every newcomer to enjoy, to be able to come here, get a job, work hard, build your dreams.  Right now, people don’t feel that way. They come here and lose their money to inflation, (and) taxes, and the government stands in the way of owning a house and are stuck in tiny, expensive apartments. I want to change that, stop inflationary deficits, get rid of the carbon tax so people can afford to live.

How optimistic is he that ethnic communities will embrace his message and forsake loyalties to other parties?

“Canadians don’t owe anything to any political party,” he said. “It’s our job to earn their support, and right now, Liberals are taking for granted the support of immigrants…Immigrants deserve better.”

Expect to see a lot more of Poilievre and other politicians in the near future as Lunar New Year celebrations continue and other events ramp up before an election that could come this year, given the minority status of parliament. However, that is still far from certain. What is certain is that the focus on re-establishing connections with immigrant groups will continue.