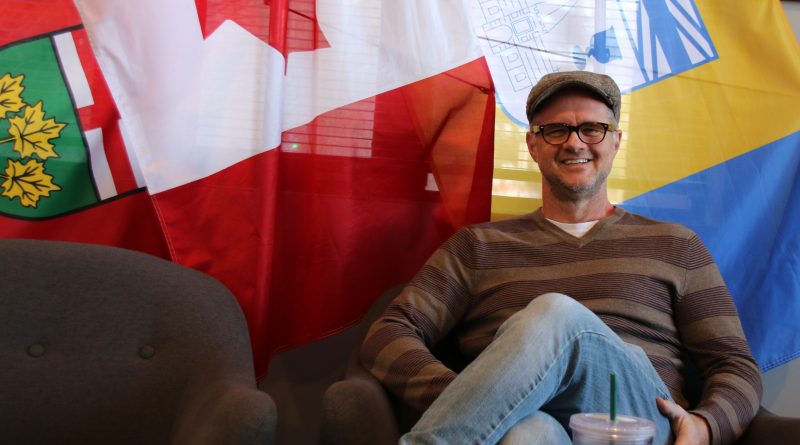 It’s been a weird year that’s for sure.

Who’d have thought a year ago as the first lockdown loomed, we’d be yet again in another lockdown and our lives back on hold.

It has certainly cramped our style and forced us to adjust. Politicians, especially municipal ones, are generally more used to weird and wild than the rest of us. But even so, what a time to be running a town.

Locally, there are hard decisions to be made around local facility limits, closures and staff layoffs. Then there’s what to do about local business decline, coordination with other levels of government on pandemic recovery, COVID testing and, hopefully, vaccinations.

All the while, still keep your eye on town development and all the other day-to-day issues.

Despite all that, Whitchurch-Stouffville Mayor Iain Lovatt seems pretty upbeat when we meet up for a physically-distant chat about town business.

Still the mayor, despite his easy-going ways and optimism, is not blind to the grim circumstances that still face the community. Chief among those circumstances is the glacial pace at which the federal government has been able to acquire and distribute COVID vaccines to provinces.

Lovatt’s goal is to be ready when the shots do trickle down to our communities to get back to “normalcy” as quickly as possible. That means having vaccine delivery resources ready to go.

“We’re certainly very active in lobbying Public Health and the province to see a vaccination centre in Stouffville,” he says.

Citing a fall flu vaccination initiative at Soccer City that was a huge success, Lovatt is confident Stouffville can lead the way in efficiency.

But with ice out of the Stouffville Arena already, that space, along with a venue like Soccer City, he estimates could easily scale up to 4,000 vaccinations a day. Meaning that the entire community could be done in just over a week.

“But we need Public Health to get on board,” he says. “Certainly, our local docs are pushing hard for that to happen and the town will support Public Health in any way we can to see a vaccination centre in our community.”

Yet Lovatt doesn’t see the area being able to get back to normal until the fall.

“I’m hopeful that in the fall we’ll be able to host a big celebration in the park,” he teases. “That would be great.”

He is blunt that, based on what is known at this time, no groups should be planning any live events in the town for at least the first half of the year. This, of course, doesn’t bode well for institutions like the Strawberry Festival but still might allow for others like Ribfest. So, we all hope.

The COVID grind has been tough in other ways. The uncertainty around vaccinations and lockdowns have also caused significant hardship, not only on the many small businesses that struggle to make a living under lockdown and lesser restrictions but has also crippled municipal coffers as well and led the town to make temporary reductions of staff, mostly in Leisure Services. In January, 19 staff were laid off for a minimum of 12 weeks.

“It was one of the hardest decisions that has ever been made (by the town),” Lovatt relates noting that the $7 million the town would normally get from user fees of its facilities and services and would normally help to pay for staff is no more and that, he reiterates, is not insignificant.

Combine that with the extra cost of maintaining a pool, hockey rinks and other unused facilities, there was little choice but to drain the pools, take out the ice and reduce staffing.

“We’re losing the services because the province has shut us down,” he says. “It’s certainly nothing that we want to do. It becomes a matter of do we maintain the amenities when they are not being used at the expense of the taxpayer or do we make (this) tough decision.”

Adding to his frustration are the often unclear rules and messaging that has come from the province on the lockdown front.

Still, Lovatt is hopeful that the province will come to the table with some funding to fill the breach of fiscal gaps municipalities are experiencing and hasten the return to normal fiscal circumstance.

On that matter, the mayor observes that the two-year budget recently approved by council has pretty much been abandoned and the planning process for next year’s budget will begin as soon as June.

However, having covered the COVID gloom part of our discussion, Lovatt brightens when he begins to talk about some of the good news that is on the horizon. And yes folks, there’s lots of it.

Bringing new development to town, in particular commercial development, has long been a goal of council. A residential tax base is great to have, but, on its own, does not come close to providing the financial resources the town needs to maintain and build services. Commercial taxes, along with the jobs that come with it, do.

But with much of Whitchurch-Stouffville being on the edge of the protected Oak Ridges Moraine and unavailable for development for years, Stouffville had struggled to attract new business. What it has found is that the limited open land, infill and restoration opportunities it does have are in very high demand. Business likes what it sees in Stouffville.

Another area of potential growth involves the land surrounding Gormley along Highway 404 which the town has long sought to develop.

With commercial/industrial developers lining up for space along one of the busiest roadways in the country, the town has been working with the region to encourage the province to allow limited development outside Gormley, which is already classed as employment lands but lacks basic infrastructure like sewers and relies on old-fashioned wells and septic beds for service. Stouffville is alone in municipalities that have not been allowed to effectively utilize its Highway 404 employment lands.

This determination to open up these lands has been criticized by Greenbelt purists who perhaps see this as the thin edge of the wedge that will begin the wholesale destruction of nature.

Lovatt assures that is not the case.

“We have specifically selected certain areas,” Lovatt says. “And that’s not the whole thing. We are not declaring war on the Greenbelt. We’ve picked specific interchanges where employment can be maintained.”

He also suggests, that if anything, proper development that brings sewers and water from Lake Ontario is more environmentally sustainable than tons of septic beds that now dot the lands. Lovatt notes he has the support of a unified council, local MPP Paul Calandra and the region to move forward, and he will continue to fight for the jobs and opportunity the lands offer.

One significant potential development in this area, which was announced at a recent Town Council meeting is the prospect of an electric car manufacturing facility at Aurora Rd and the 404. Twenty acres at the southeast corner is owned by well-known businessman and Magna International founder Frank Stronach.

Stronach has presented a plan to the town to develop the parcel that is technically in the Greenbelt but part of the secondary lands that has some flexibility in what is allowed on it. The proposal, to be flushed out in the near future would see The SARIT (Safe. Affordable, Reliable Innovative Transport) produced in Whitchurch-Stouffville. This “world headquarters” would provide approximately 100 R&D, sales, engineering  and assembly jobs making  150,000 units on an annual basis.

“This is exactly the kind of commercial development that we are advocating for,” Lovatt says of the single-person car, which is more of a covered, 3-wheel e-bike than a car. “This is a great potential proposal for us…and, to me, a sign of confidence in (the Town) and staff and growing Whitchurch-Stouffville.”

Shovels are also expected in the ground this year in the areas south of the Walmart plaza being developed by Corebridge, the same folks who developed the Longo’s plaza on Main St and Mostar. This time though expect mixed-use residential/commercial/office. Adjacent to that land on the west side of Highway 48, is where Flato Developments will break ground on a new residential project.

In 2020, 24 site plan applications for development were submitted and that looks to be dwarfed by the volume expected in 2021.

“There is just tons of interest and development applications coming in for the western approach — the gateway area of town,” Lovatt says.

That should be welcome news to anyone who has lamented the shoddy, boarded up properties that greet residents and visitors alike as they come to town from the west. 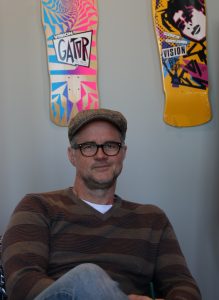 “There’s going to be announcements this year that will, I think, blow people’s minds” he enthuses as he rhymes off a bunch of other developments that are all underway.

“Our development services staff are getting run off their feet,” he says.

It’s better than no one wanting to be here, that’s for sure.

Other priorities for the mayor and council include updating the official Plan and rebranding for the town, finalizing new town ward boundaries in time for the next election (there are still going to be six wards) and lobbying for recovery resources.

Yes, there’s lots to do and the mayor knows it. But still likes where all this is going.

“We’ve got a functional council, stable town hall. People want to work here,” he says. “There are some cool things that are going to set the table, so to speak, for the town moving forward, which I think are going to be really helpful and exciting.”

Photo: “The town will support Public Health in any way we can to see a vaccination centre in our community,” says Stouffville Mayor Iain Lovatt.