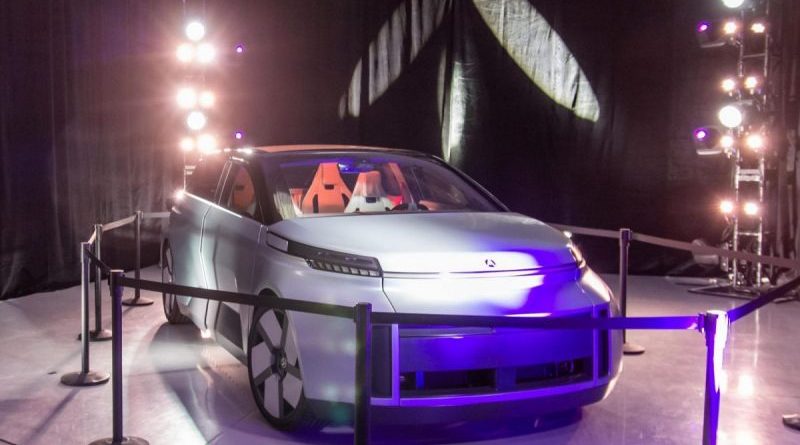 The first all-Canadian, zero-emission concept vehicle designed and built in Ontario made its debut at the annual Consumer Electronics Show in Nevada.

“The unveiling of Project Arrow, the first all-Canadian concept vehicle, is a historic milestone that showcases the best of Ontario’s automotive and technology sectors,” says Vic Fedeli, Minister of Economic Development, Job Creation and Trade.

“The Ontario government challenged us to build this vehicle and they were the first to support us when we launched Project Arrow,” says Flavio Volpe, President of the Automotive Parts Manufacturers’ Association. It led the development of Project Arrow at the Automotive Centre of Excellence in Oshawa with provincial government funding and support through the Ontario Vehicle Innovation Network.

Project Arrow was displayed at the first stop on Ontario’s trade mission to the U.S. to demonstrate the province’s automotive capabilities and innovation. But before it was displayed on the global stage, it was unveiled to a group of the project’s suppliers at Pfaff Autoworks in Markham.

The Project Arrow name is a callback to the Avro Canada CF-105 Arrow, a high-speed military interceptor aircraft created in Canada in the late 1950s. Over the course of the project, 58 Canadian industry partners , including Pfaff Auto Group, came together to design and build a revolutionary prototype vehicle.

Through the Ontario Vehicle Innovation Network, Ontario is investing $56.4 million over four years to accelerate the development of next generation electric, connected and autonomous vehicle and mobility technologies.

Photo of the Project Arrow Concept Vehicle courtesy of the provincial government.