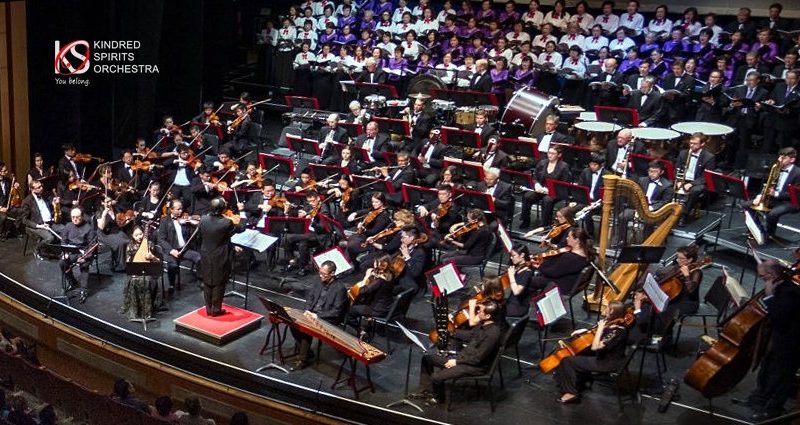 After nearly three years, the acclaimed, Markham-based, Kindred Spirits Orchestra returns to the Flato Markham Theatre stage this October 22 with The Forbidden Symphony.

The concert features a collection of works that fit the notion of being Forbidden. Strauss Jr’s overture to Die Fledermaus; the aggressively passionate Concerto for cello and orchestra by French composer Édouard Lalo; and the seldom heard Symphony in C minor by Edvard Grieg will all be performed.

Every KSO performance has a featured soloist. This month brings Canadian Cellist Rachel Mercer who is also the Principal Cellist of the National Arts Centre Symphony Orchestra.

“She has a beautiful sound that took her around the world and gave her a Juno award along with an impressive international career,” says Alexander.

Each and every performance by the KSO features both a pre-concert recital in the lobby of the Flato Markham Theatre and a chance for the audience to chat and interact with members of the orchestra. Intermissions feature a conversation with the featured soloist; this October Rachel Mercer takes the hot seat. Each evening finishes with a complimentary post-concert glass of champagne, again in the lobby.

“Music brings people together and helps them share their passion, find a common language and connect with each other,” says Alexander.

His passion underlines the mission of the KSO to bring world-class music to the doorsteps of people who might not otherwise get the chance to experience it being performed. It also explains why the pandemic was especially frustrating for the group and led to a fairly radical reimagining of their work.

“We evolved quickly,” says Alexander. “By leveraging digital technologies and the Internet we transitioned to offering live concerts via broadcast and stream.”

As a result, the KSO is now attracting patrons from beyond the geographical boundaries of the Greater Toronto Area and from as far away as the USA, Europe, the Middle East, and Asia.

“Listening to live music is a powerful experience that can deeply affect people’s lives,” continues Alexander. “Live music concerts are also social events where people can get together, make new friends, and broaden their networks.”

Looking ahead to future performances, Alexander has much planned for his audience.

The KSO is a critically acclaimed auditioned-based civic orchestra performing at the Flato Markham Theatre, the Richmond Hill Centre for the Performing Arts, and the CBC Glenn Gould Studio in Toronto. In addition to performing concerts, the KSO offers several educational, community outreach, professional development and international cultural exchange programmes.

The KSO has also been the recipient of numerous awards. In 2013, 2015 and 2019, the KSO was presented with awards from the Government of Canada for the “extraordinary work of the Kindred Spirits Orchestra promoting Canadian music and Canadian composers as well as for the orchestra’s community outreach and educational programmes.” In the years between 2016 and 2021, the Government of Ontario has awarded 34 members of the KSO for their contribution to the development of arts and culture in the community.

The Kindred Spirits Orchestra’s The Forbidden Symphony is at The Flato Markham Theatre on October 22 at 8 p.m. Tickets are available at the box office.