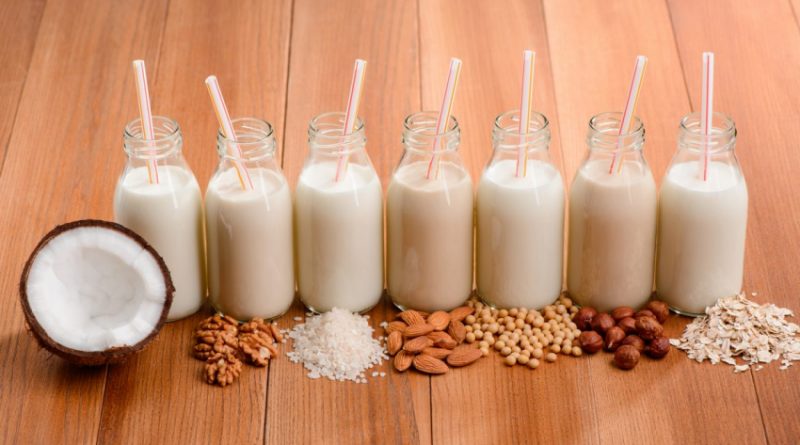 Heading to the grocery store to select your favourite yogurt or dairy alternative might be a challenge as more manufacturers are capitalizing on the vegan bandwagon.

Taking a walk towards the floor to ceiling fridges, you’ll see a variety of selections using nuts, oats and other primary sources of ingredients on the labels.

What is it about these products that has us experimenting more with our dollars?

Over the years, cow’s milk has been given a bad rap for a number of reasons.

First, I should debunk the myth of hormones in Canadian milk. In the 1990s, certain countries, namely the United States, approved the commercial use of an artificial bovine growth hormone called rbST or rBGH.

It’s a man-made version of the growth hormone normally found in cows which stimulates milk production. However, it was never approved in Canada.

Antibiotic use in Canadian cows is also strictly enforced as illegal, acknowledging that sometimes livestock can fall ill naturally. The cow still has to express its milk for natural reasons and its milk is discarded into separate containment units as Health Canada oversees this process under stringent conditions for the dairy farmers of Ontario.

Aside from debunking these two myths, there are other concerns posed by many regarding cows dairy that has people convinced these alternatives may confer more of a health benefit.

Yes, oat milk is delicious. As a grain, it’s a good choice for people with certain food allergies and intolerances, as it’s naturally free of lactose, nuts and soy.

It generally has more calories, carbs and fibre than almond, soy and cow’s milk. It does provide less protein than soy and dairy varieties. Consider what you’re wanting to pair it with to decide if you’re really drinking it for it’s protein content since the human body can only absorb up to no more than approximately 27g in one meal anyways.

Almond milk is one of the most highly consumed products globally. It’s derived from raw almonds, boasting high concentrations of vitamin E and the minerals magnesium and calcium. Additionally, it’s lower in calories than a glass of cows milk and typically its fat content is less in comparison to cows milk.

There are some adverse effects to it however, more so than its vegan counterparts oat milk and coconut milk.

Abdominal pain, vomiting and skin rashes are common for those who are unaware of underlying nut allergies. Additionally, to make up for the lack of mouthfeel as fat in this product, an ingredient called carageenan is added as a thickener.

This can trigger inflammatory bowel disease in certain people. Studies also suggest that almond milk is a goitrogenic food. This means that thyroid function is affected in some, as it inhibits the absorption of iodine. It may only occur however when almond milk is consumed in excess.

Coconut milk is a high-calorie food and contains MCT’s – medium chain triglycerides. Unless you’re allergic to coconuts, the milk is unlikely to have adverse effects. Compared to tree nut and peanut allergies, coconut allergies are relatively rare. Its fat content makes it a rich substitute for cream in cooking or in smoothies. It’s also gaining popularity as a base for vegan yogurts now gracing refrigerated aisles as well, more so than the once popular soy alternatives which are now hardly found.

Soy was one of the first vegan alternatives around. It has also become one of the most controversial foods in the world today.

This is mostly because of the large amounts of isoflavones in soy. These can affect estrogen receptors in the body and affect the function of hormones. Interestingly enough, it’s becoming more difficult to find any of these soy based alternatives anywhere.

If you’re not someone to exhibit any complications with cows milk, you’re among the few who can dabble with a variety from all of the above without harsh consequence. So froth up that oat latte, have your oatmeal with cows milk and enjoy that coconut yogurt parfait. Your palate will appreciate it and the nutrient density you’re accumulating with each of these is great.

I prefer my almonds whole and keep in mind that introducing heat to a food so vulnerable to compromising the structure of its fat content is too fragile to sub in a hot coffee or tea. Enjoy the many alternatives nature has to offer.

Grandparent scam on the rise in York