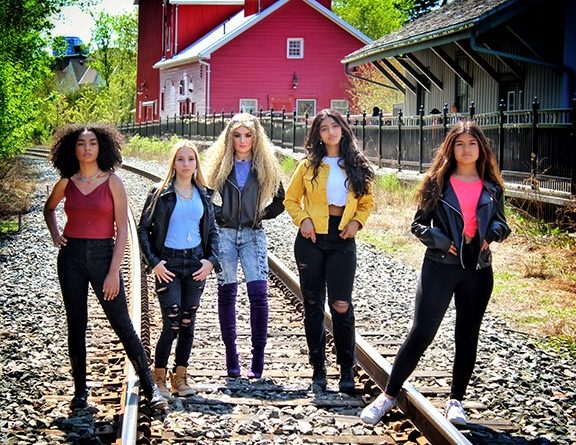 Members of an all-girl pop rock band nominated for a Juno Award are continuing their mission to empower young people and support social causes with a remix of their hit single featuring a fresh electronica sound.

Girl Pow-R’s album “This Is Us (Remix & Remix Instrumentals)” features six songs – including its titular track, This Is Us, plus fan favourites like Never Let Go and Fun All Day – all reimagined into new pop production and instrumental versions.

The band includes Carina Bianchini, 18, and Aashika Reddy, 13, both of Markham, Cindy Kofman of Richmond Hill and Emma Brown of Hamilton. In addition to creating and singing original music, they dance and play instruments.

Girl Pow-R headlined several festivals in 2020 and has been featured on Breakfast Television, eTalk Canada, CP24, Sirius XM and in Tiger Beat magazine.

“We love the energy the songs provide to us and our fans and how these songs give everyone a way to get up and celebrate life,” Girl Pow-R says.

The band mixed things up by creating new vocal recordings with new solo opportunities and small groups within the band – such as GPR, The Squad and The Club – each focusing on two songs in the Remix album.

Girl Pow-R was symbolically formed on International Women’s Day in 2017, when the motto was #BeBoldForChange. Their music is about being confident, empowered and strong. Each members represents a social cause, such as better education for girls all around the world and youth homelessness.

Girl Pow-R was nominated for the Juno Award for Children’s Album of the Year in 2020. This Is Us debuted at No. 2 on iTunes Canada streaming charts, just spins behind the cultural phenomenon of Baby Shark.