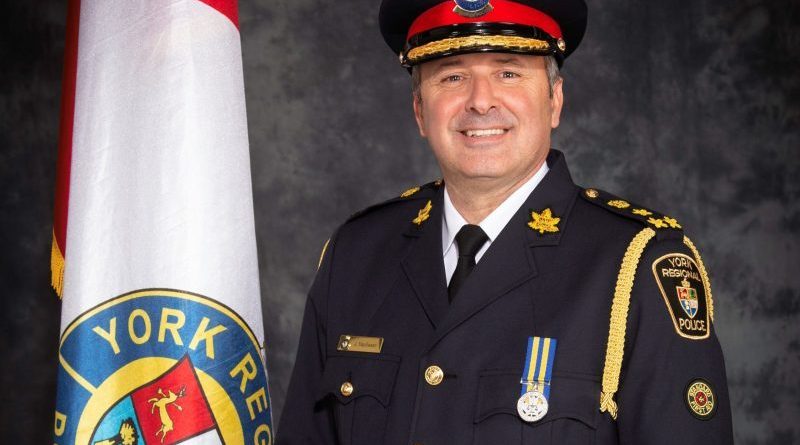 York Regional Police (YRP) invites you to join its members on a trip down memory lane as the service celebrates its 50th anniversary by sharing images that represent the achievements and people who have helped shape the organization.

From the swearing in of its first female officer to the evolution of its investigative and support units, YRP will be posting memories on Facebook, Twitter and Instagram throughout the year.

Fourteen municipal police departments and the York County Security Police amalgamated on January 1, 1971 to create YRP, which was comprised of 200 members who served a population of about 169,000 residents, many of whom were “grappling with the thought that they may lose their neighbourhood cop,” Const. Laura Nicolle reports.

“High-ranking municipal officers were also adjusting to the idea of sacrificing their own professional stature to join a larger team – to be a part of something greater, even if that meant working as a constable or a sergeant, rather than an officer in command.”

Upon its inception, YRP adopted the motto ‘Deeds Speak’ to declare that its actions speak louder than words. That motto has served as the foundation for all of its endeavours, it reports.  Today, YRP’s 2,300 members serve 1.2 million residents of York Region, which has become one of Canada’s fastest-growing and most diverse communities. Officers patrol nine municipalities that range from rural landscapes to urban cityscapes.

“Over the years, we have worked closely with our community partners to promote equity and inclusion so everyone in York Region feels they belong,” Nicolle says.

“Over the past 50 years, we have truly evolved as an organization to meet the unique needs of our residents. Our achievements speak to the professionalism and dedication of all of our members – past and present,” says Chief of Police Jim MacSween. “As we look to the future, we are excited to work in collaboration with our community to further innovate and grow. Here’s to another 50 years of policing excellence.”

More information can be found at yrp.ca/50years