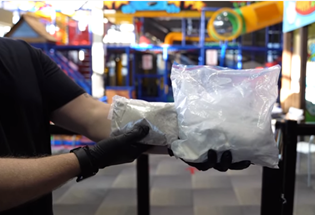 Police have busted a complex international drug trafficking that resulted in the seizure of $2.3 million worth of drugs, including heroin reportedly found at a children’s indoor play centre and dozens of firearms from a single property.

More than 50 search warrants were executed in Ontario, B.C. and California on April 8 in connection with the case. Officers seized 10 kilograms of cocaine, eight kilograms of ketamine, three kilograms of heroin and 2.5 kilograms of opium. “Of particular concern when we look at heroin, a very insidious drug causing great harm to our community, a number of kilograms are alleged to be seized from a Playland in Brampton,” YRP Insp. Ryan Hogan said in a video statement. 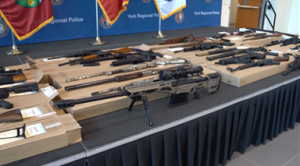 Investigators also seized 48 firearms – 46 of which were found at a single property in Caledon – $730,000 in Canadian currency and three luxury vehicles. “We know that in the drug trade, violence is common,” Hogan said. The firearms were lawfully possessed by a person now facing numerous drug trafficking charges. “Some of them very menacing in the firepower that they possess.”

A total of 33 people face more than 130 charges combined, including numerous trafficking and possessing charges, as well as conspiracy to traffic and possessing proceeds of a crime, YRP reports. Of the suspects taken into custody in Ontario, 19 were from Brampton, four were from Toronto, two were from Vaughan, one was from Woodstock and another from Caledon.