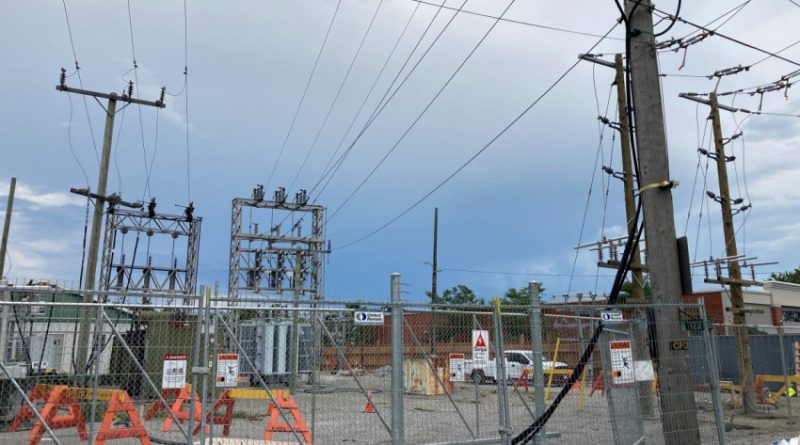 The resounding message to Hydro One representatives at the August 17 town council meeting is that its service to Whitchurch-Stouffville continues to fall short and must improve.

Hydro One executives David Lebeter, chief operating officer, and Daniel Levitan, vice president of stakeholder relations, were invited to attend the meeting further to the mayor and council’s firm request for a plan to improve the reliability of hydro service with a commitment to concrete timelines for improvements.

Hydro service issues have plagued Whitchurch-Stouffville for years. Hydro One last met with the town in 2020.

Lebeter outlined improvements since that time, including a new Aurora Road line extension, installation of a new transformer at the Ringwood distribution station, nearing completion of a new transformer at the Tenth Line distribution station, replacement of about 100 aging hydro poles, and the installation of 13 new smart grid switch devices with plans to install 13 more.

He explained how the new transformers support the need for increased capacity as the community grows.

The new line extension with additional service feeders enables the reconfiguration of power lines so that power gets fed from an alternate source when one part of the line is lost. Smart switches react to line failures by opening and closing as needed to bypass problems and keep electrons flowing.

“We can’t stop all outages, but we can certainly minimize the number of people that are impacted by them,” Lebeter said.

As a result, he cited that the average number of customer power outages has improved from 3.3 in 2020 to 0.7 year-to-date for 2022. The average duration of outages in hours has dropped from 9.2 hours in 2020 to 1 hour year-to-date for 2022. The May storm was not included in this calculation given its impact was not isolated to Whitchurch-Stouffville.

Despite the improvements, members of Stouffville’s business community and councillors, on behalf of their constituents, had no shortage of concerns to share at the meeting.

Todd Finlayson, with his wife Marcia, owns two McDonald’s restaurants in Stouffville and cited a significantly higher number of outages at their Stouffville locations compared to their other restaurants located in Markham and Richmond Hill.

Finlayson explained how the frequent “flickering” of power, though not reported as official power outages, is disruptive and costly, especially for a business like theirs with complex operating systems and a customer base that expects speedy service.

These brief outages, referred to by Hydro One as seemingly minor “momentary interruptions,” have a significant impact. The 10 to 15 minutes needed to reset point-of-sale and kitchen routing systems throw a massive wrench into the restaurants’ timing and rhythm. “When this happens at noon on a Saturday, being a crew member at our location is not a desirable job.”

Finlayson acknowledged the massive May storm that caused widespread issues, but “more of our frustration comes from events that occur on sunny summer days or on days with minor weather events where no other community is impacted.” He added that the inaccuracy of the estimated time of restoration (ETR) provided by Hydro One makes staffing a challenge.

A typical seven-hour Saturday outage results in a net loss to the restaurant of about $1,000 per hour in lost revenue, idle labour, and wasted food. A longer outage impacts staff livelihood with cancelled shifts, plus added cost to the restaurant with the potential loss of perishable food inventory. The time needed to get everything back up and running when the power returns adds even more cost.

“The hourly impact is staggering,” said Finlayson, referring to the combined cost for all businesses affected by an outage.

Finlayson asked Hydro One executives to explain how outages have improved with initiatives to date, what the objectives are to reduce outages to close to zero in the future, and why Hydro one isn’t funding businesses impacted by excessive outages.

The extent of frustration was perhaps most acutely expressed with Finlayson’s closing comment when he referred to the recent Rogers service disruption.

“We have a choice as to whether to use Rogers or not,” Finlayson said. “No such choice exists with the power grid. Hydro One has a responsibility to deliver reliable service and has fallen short for our community.”

Karen Wootton, executive director of the Whitchurch-Stouffville Chamber of Commerce, spoke about the detrimental impacts of power disruptions on the hundreds of businesses in the community, on top of the stress already felt from the COVID-19 pandemic.

“The power grid is just another issue that they’re having to deal with as they’re trying to recover from a very long, long time of shut down.”

Wootton echoed Finlayson’s concerns over the “tens of thousands of dollars” in losses felt by businesses as a result of power disruptions. Resolution of the problems by Hydro One in a timely fashion is “long past due,” she said, adding that “we need a more powerful and stable power grid.”

Ward 3 Councillor Hugo Kroon, shared that he suggests to many of his primarily rural constituents to install generators which he says is “a sad statement about the faith in the hydro system.”

Ward 6 Councillor Sue Sherban, whose riding extends from the south side of Main Street to 19th Avenue said her office receives frequent emails from constituents complaining about hydro issues.

“Even when we explain to them that hydro is not a municipal responsibility, you know, they see us as pushing that off to another level – and I don’t ever want to do that,” Sherban said. “But I don’t know what else to do. You’ve left us with no tools to be able to answer our residents.”

Constituents learning that their Markham neighbours to the immediate south are not experiencing the same outages though practically next door is fueling the fire.

Phone calls to Hydro One’s customer service department met with either inaccurate information or empty promises to have calls returned by more senior staff, the expense of spoiled food, and service interruptions wreaking havoc on workflow for the increased number of individuals working from home are examples of just a few of the several complaints Sherban’s office is receiving.

A lack of confidence in Hydro One’s ability to meet the needs of a rapidly growing community and changing infrastructure that includes electric vehicle charging systems is yet another concern.

As for compensation to residents and businesses for power outages, Lebeter indicated that, consistent with all utilities, it is not Hydro One’s policy to do so other than in “the odd case” cases where an outage is attributed to gross negligence.

Sherban urged Levitan and Hyrdo One to provide improved communication to help residents understand why outages are happening and what effort is underway to fix them.

So how does Hydro One plan to improve the situation?

In addition to improved media systems that have increased the accuracy of ETRs by 60 per cent, ongoing monitoring of service to the community, and regular maintenance that includes pole replacement and vegetation management to minimize tree damage to lines, Lebeter highlighted two new investments on the horizon for the Whitchurch Stouffville power grid.

A new connection line planned for York Durham Road has the “whole purpose” of eliminating single-phase trippings that affect businesses with momentary interruptions. Completion of the new line is scheduled for 2024. A line extension from the Brown Hill transmission station is slated for completion in 2025.

Mayor Iain Lovatt doubled down on Lebeter’s comment that the new York Durham line feed planned for completion in 2024 would support businesses and the consistency of service to businesses.

“With what you’ve heard today, from one of our prominent business owners in the town and from the Chamber of Commerce representing hundreds of businesses, I would like to ask you to move that up from 2024 to 2023,” Lovatt said. “I’d like to see that happen next year, and I’d like to know if there’s a reason why that can’t happen next year.”

Lebeter committed to speaking with the Hydro One planning department to find out if there’s room to accommodate a quicker completion.

Lovatt will no doubt hold Hydro One to account, adding, “I’m sure there are a lot of communities who need service upgrades. But you’re in my council chambers, and I’m going to hold your feet to the fire.”

If pushing for sooner completion of the York Durham line is going to benefit the town’s businesses, “then that’s the priority,” said Lovatt after the meeting.

Hydro One has heard loud and clear that the path forward needs a stronger and more reliable power grid. Councillors joked that they don’t want to have to invite the power giant back for further discussion and with significantly improved service that won’t have to happen. The ball is in Hydro One’s court.

Photo: Installation of a new transformer at the Tenth Line distribution station is nearing completion. The update will increase capacity of Whitchurch-Stouffville’s power grid to accommodate future growth in the community.