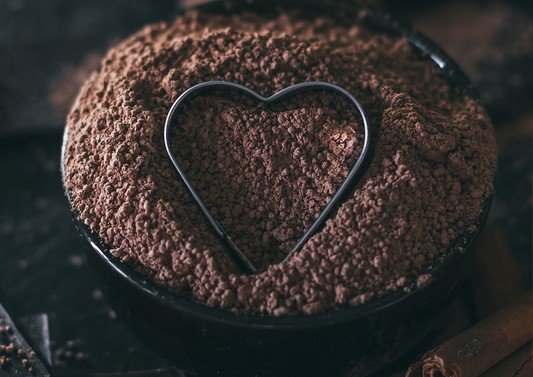 Its mouthfeel is like no other, its variations in sweetness are from low to high, its well-known adaptability in recipes with its origins are worth exploring since its one of the most consumed foods across the globe.

Cacao’s history dates back to 450BC and was enjoyed as a bitter beverage mixed with spices and corn. It was believed to be an aphrodisiac, giving strength to the drinker, where the cacao seeds were also used as currency for barter.

It was only in the 16th century that chocolate made its debut in Europe, where sugar was added and its popularity grew.

As a result, it soon was deemed “essential” in the rations of soldiers during the war.

Derived from cocoa pods, the seeds are scooped out and fermented, leaving behind a rich chocolate paste.

Most of us know that the darker the chocolate is, the healthier it’s touted to be. But why? Theobromine is the antioxidant that gives it the healthy label you’ve often heard or read about. Just as a coffee bean contains high amounts of caffeine, the cacao seed is high in theobromine.

Nootropics is a new term given to supplements positively impacting cognitive performance and continued research determines that it might just be a stimulant that doesn’t aggravate the nervous system as caffeine does.

There could be other benefits to the consumption of this delicacy including regulating blood pressure, maintenance of healthy lung function with some mild anti-inflammatory effects, mood-boosting effects, focus enhancements and diuretic enhancement.

The more chocolate liquor there is in a product, the more theobromine is present. This makes baking chocolate the highest in concentration, followed by semisweet and dark chocolate, trailing behind is milk chocolate and lastly are chocolate flavoured baked goods.

Bean-to-bar chocolatiers, who make chocolate from scratch starting with fermented, dried beans, only use the word cacao for the pod and beans before they’re fermented. After fermentation, they call them cocoa beans.

In making cocoa powder, the liquor (which averages half fat in the form of cocoa butter), is pressed to remove most of the fat.

To make chocolate, the liquor is mixed with other ingredients, including vanilla, sugar, more cocoa butter and milk along with various other additions.

The percentage of cacao, cocoa or dark chocolate on a candy bar indicates how much combined cocoa powder and cocoa butter are present. The specific proportion of each is the secret most manufacturers hold onto which makes their product unique in taste and palatability.

Today, the healthiest dark chocolate contains a cocoa percentage of 70 per cent or higher, which provides more antioxidants like Theobromine and health benefits. The higher the percentage, the more bitter the taste which some prefer.

A reminder here that defining compounds in certain foods doesn’t always mean that concentrating them in supplements is the answer to ultimate health.

Eating delicacies in moderation are meant to be enjoyed just that way and if you’re a milk chocolate fan, this piece might just encourage you to look for a higher percentage of cacao on that bar to enjoy with your next evening cup of tea.