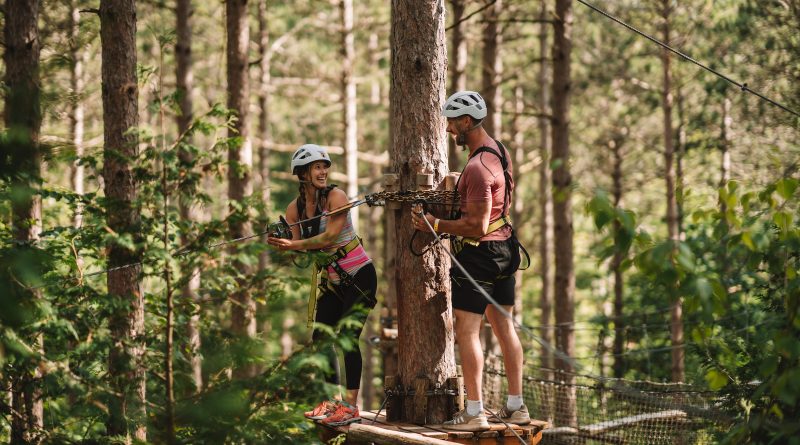 Treetop Trekking has been voted Ontario’s Top Outdoor Attraction for 2021 in the Ontario’s Choice Awards presented by the tourism association, Attractions Ontario.

The honour is awarded to the outdoor oriented tourism business that received the most votes from the public during a summer long voting period.

Top Outdoor Attraction is one of eight awards handed out recently in the sixth annual contest, which also includes awards for Top Museum, Top Performing Arts, and Top Festival and Event, among others.

Other finalists in the Top Outdoor Attractions category included the Toronto Zoo, and African Lion Safari.

In addition to the Top Outdoor Attraction honour, it was announced that Treetop Trekking is also one of three finalists for the Attraction of the Year award which is given out to the business that received the most public votes across all categories.

The company opened its first location in 2006 near Barrie, Ontario. Locations can be found in Barrie, Brampton, Hamilton, Huntsville, Stouffville, and the Ganaraska Forest between Peterborough and Port Hope.

“The Treetop Trekking team is honoured to be awarded Ontario’s Top Outdoor Attraction for the second year in a row,” Treetop Trekking marketing director Mike Stiell said. “This is a testament to the effort and passion of every single member of our team, who work every day to ensure each one of our guests has an exceptional experience in nature.”

Attractions Ontario is the only province-wide trade association dedicated exclusively to the attractions sector of the tourism industry. Attractions Ontario members encompass over 500 public and privately-owned attractions in numerous categories such as amusement parks, historical sites, cultural activities, arts & entertainment and adventure tourism.