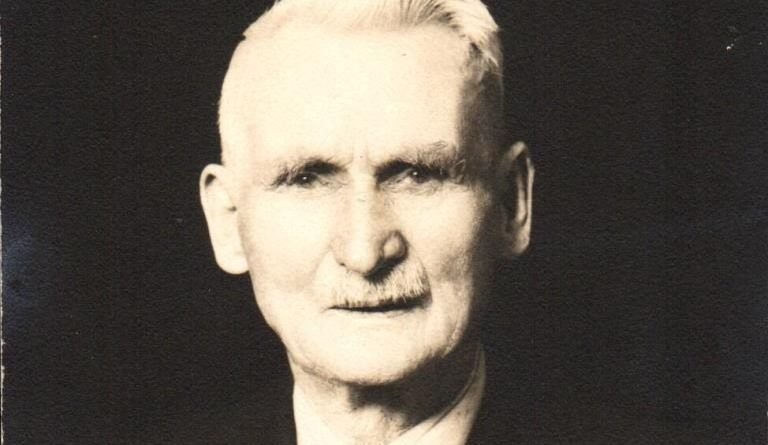 Nathan Forsyth was once one of the best-known men in the Village of Stouffville.

He came to town in the 1880s and started his profession as a builder and architect. His list of structures has been getting longer as I dig for references. His name appears in the Dictionary of Canadian Architects.

The most common building he built was the Methodist (now United) Church. He received the contract with his bid. He had to dismantle the “old” sanctuary and reuse the bricks as well as other items.

The same year, in 1892, he also built the Christian Church in Bloomington. The previous building was formerly located in the churchyard across the street.

Of the homes on Church Street, many have been attributed to him. If you know your home was built by Nathan Forsyth please feel free to contact me so you can be added to the collection of homes of distinction.

One of the many interests of this list is that it will add to the information being collected for one of the proposed Heritage Conservation Districts (HCD). The associated value then is part of a style and has common features that are almost like a makers mark in built form.

It was once said that of all the beautiful homes built on Church Street, Forsyth built most of them. In 1942, it was guessed that there were 16 homes he had built up to that time.

His life was long and he was able to do a lot for himself in his later years. He could cook with the best of the women and he had done most of his own housekeeping since his wife had passed away. He had a talent for many things as well. He played in the Stouffville Village Band and a few years after, he played the cello in the Stouffville Orchestra.

If you happen to take a quiet walk through the Stouffville Cemetery, you might see that Forsyth has a special headstone. It is made of red granite and has doors and windows etched into the stone. This is to commemorate one of Stouffville’s long-time builders.

He also built many other structures outside of the Village.

He built the Goodwood United Church before it burnt down in 1906. He built a home for Mr. Reesor in Locust Hill in 1909.

Forsyth built his nephew the home known as the Bruel’s home, now part of Markham Heritage Estates which was formerly located in Ringwood on Highway #48 south of the four corners.

Two other types of buildings he built were the first fire hall and tower for the town in 1898. He later added two jail cells for $150. Forsyth also built the Maple Leaf Rink in 1906, just a little north of George St.

I received an email from Illinois from a descendant who has an interesting toy made by Nathan Forsyth. It looks like an early pinball game. It was all made of wood and used to share much fun in the family.

Photo: Nathan Forsyth was once one of the best-known men in the Village of Stouffville. (Photo courtesy of Whitchurch-Stouffville Museum and Community Center, R998.104.001)