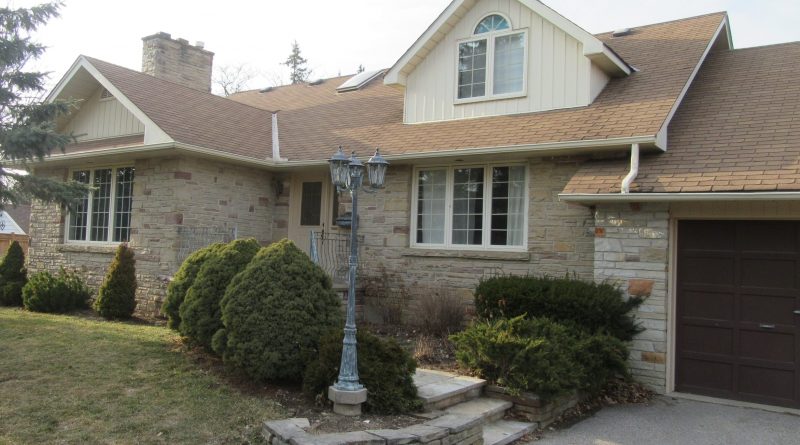 This house on the north side of Harold Ave. at the corner of William Street was a modern home in its day.

It still has a current look and you would be hard-pressed to guess the age of this home. Time has a way of moving along quickly. This house at 217 Harold Ave. was built 71 years ago.

Does that make it a heritage home?

Well, the answer is that age is not a determining factor. With the Heritage Act update done a few years ago, there is now Regulation 9/06 which is a guide to evaluating whether the building meets at least one factor for the structure to be valued and designated.

In May of 1950, Mr. J. K. Agnew had purchased three lots on William St. Excavation for Mr. Agnew’s new home commenced that summer. This property once formed part of Percy Brillinger’s market garden. It is hard to believe that just a few years ago farming was still being done in town. It was not until March of 1951 that arrangements to move into the new home for Mr. and Mrs. J. K. Agnew had been realized.

In 1927 he made the move to Stouffville. He became the manager of Braithwaite Hardware. Mr. Agnew rented the home of Mr. Rowbotham on Church St. just north of the furniture and funeral parlor (now O’Neil’s) before he built his new house on Harold Ave. He was a strong supporter of the library and was appointed to the Board for a three-year term. In 1940, Mr. Agnew was also an active member in the curling club.

Speaking of the hardware business some might remember Card’s Hardware in the downtown core on Main St. Before that it was known as Hendrick’s Hardware.

One of the long-time employees was Mr. Don Doner. Well, Donald got his start in the Agnew Hardware Store on Nov. 18, 1946. He was living at Gormley at the time but would come to Stouffville as a dedicated worker.

Mr. J. K. Agnew could retire after having sold his part of the business to Mr. Reg. Stouffer who took over the hardware business on Main St. It is likely the capital he needed to build his “new” home on Harold Ave.  The modern design for the time was a bungalow with much yard space surrounding the house.

This fine example of a 1950s home has a massive three-flue chimney decorated in the same angel stone as the front of the building. The southern exposure adds warmth when the sun illuminates the stone work.

The gabled roof has been enhanced with the addition of a dormer that reflects the same slope and character. The two-car garage was added in the 1980s when the owner was William “Bill” Cottage.

It will be a sad day to see this fine home disappears due to development pressure. It will be hard to envision and reflect on the days when Mr. Agnew first built.