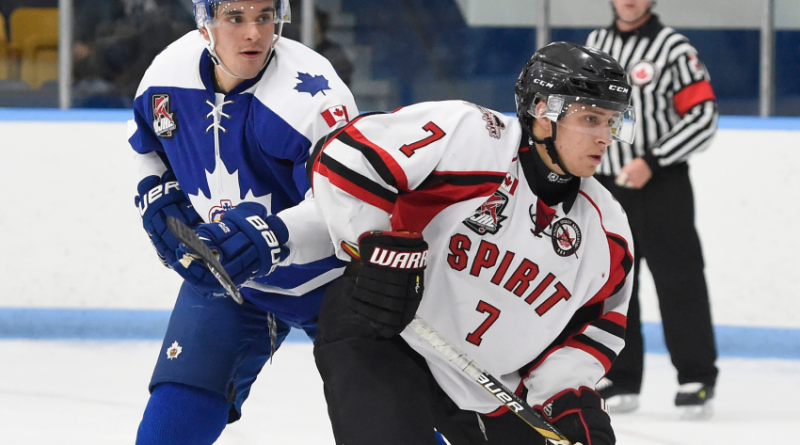 The Ontario Junior Hockey League (OJHL) has announced that the league’s regular season will resume on Feb. 1. Locally, Stouffville Spirit starts things off with an afternoon home game against Markham Royals.

The OJHL season has been on pause since Jan. 5. The OJHL regular season will be extended by a month until April 7 to allow for the rescheduling of all OJHL postponed games.

“The OJHL Board of Governors were unanimously in favour of extending the OJHL regular season to allow for our players to play the full 54-game season,” OJHL Commissioner Marty Savoy said. “When the provincial government announced the shutdown, our teams immediately started the process with the league of rescheduling games in an effort to have as many scheduled once the league resumed play.”

A total of 125 OJHL regular season games have been postponed due to the Ontario government’s recent shutdown and OJHL COVID 19 protocols.  Approximately 50 per cent of those games have already been rescheduled with the remaining games to be rescheduled within the next few weeks.  The league will continue to update the league’s schedule on its website as rescheduled games are confirmed.

The province will begin easing COVID-19 public health restrictions Jan. 31. That includes the return of youth sports. Hockey arenas will be open at 50-percent capacity or up to 500 people, whichever is less. Proof of vaccination and masking requirements will continue to remain in place where they already exist. All capacity limits on indoor spaces are scheduled to be lifted March 14.

Photo: Stouffville Spirit will take on Markham Royals at the Stouffville Arena for an afternoon game on Feb. 1.