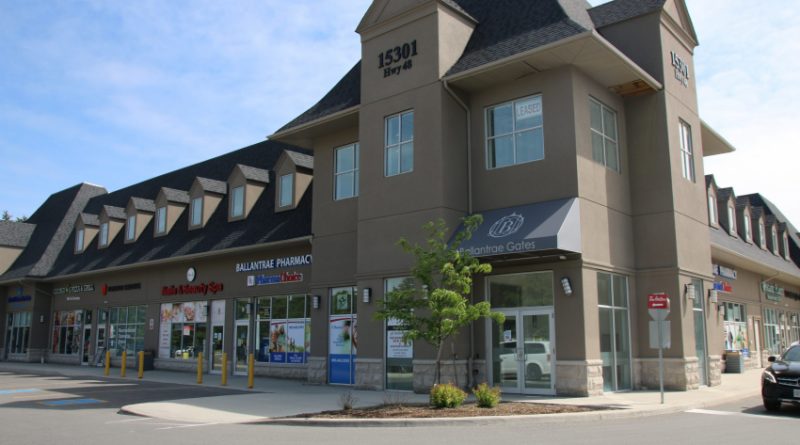 In last month’s Stouffville Review, we started taking a look at some of the issues that will be part of the bigger conversation in this fall’s municipal elections which will see residents going to the polls to select their school trustees, mayor and councillors in Whitchurch-Stouffville’s six reconfigured town wards.

This month we take a look at the newly constituted Ward 2 which is unique in that, while it has large rural areas with distinct needs and concerns, it also contains the growing urban/suburban areas of Ballantrae and Musselman’s Lake. But even those developed areas are distinct in their concerns from the largely urban four wards within the village of Stouffville.

The new ward 2 has expanded geographically to encompass an irregular shaped area bounded by Davis Drive on the north, Bethesda on the south for the most part, township boundaries on the east and McCowan, on the west through the northern portion before pushing over to Highway 48 near the southern edges of the ward.

In Ballantrae, significant changes have come about in the last few years with new housing being built and over 300 more homes to be added in the next four years. But even more noticeable is the new commercial hub being built by the four corners of Aurora Road and Highway 48.

The Ballantrae Gates plaza includes new key amenities for locals including a pharmacy, medical offices, a just-opened market and, perhaps most importantly, that easily noticed symbol of Canadian civilization, a Tim Hortons. 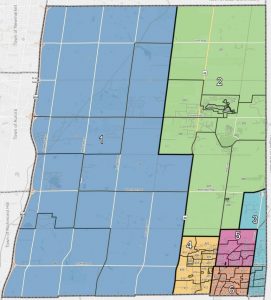 That is precisely the kind of development that current councillor Maurice Smith has championed and is ready to stake his political reputation and future on come this fall and who has registered for the fall elections.

Ballantrae Gates was a long time in the making – ten years according to Smith, and as much as he’d like to speed such approved developments up, there are some impediments.

A key one, he notes, is water allocation. Although seemingly mundane and an unlikely hot election topic, it is, in his eyes, the key to satisfying the development needs of the area as it is controlled by the Region and the Region is not making as much available as there are developers who would like to access it.

That slows development – even much needed and wanted projects.

“Clearly going forward, that is going to be a big issue for the Ballantrae, Musselman’s Lake area,” he says.

High-speed internet has come to some areas, but other areas still lack essential speeds for businesses or people working from home or students working remotely to be effective.

Also high on resident concerns is road safety. Some work has been done but more is promised by Smith and traffic calming measures through new intersection lights, establishing designated truck traffic routes to roads like Bloomington that are designed to handle larger vehicles and reduced speed limits in rural and near-rural areas and, more importantly, better enforcement from York Region Police.

Related to road safety, more sidewalks in developed areas like Ballantrae have been demanded by residents for years and will likely continue to occupy whomever is elected in the fall.

Smith notes that while there have been successes over the last few years in these areas, he comes back to the same over-arching challenge that bedevils municipal politicians. Progress on any issue requires the support of other councillors in town and higher levels of governments to get things done.

“One of the things I have found in municipal role is that upper tier levels of government have so much to say about (what happens in Stouffville) And that stymies a lot of what happens in the lower tier municipalities.”

Smith credits a generally supportive council and mayor for helping with ward two issue. But higher than that and the challenges escalate.

Seemingly small issues like putting in a block or two of sidewalks along Highway 48 which is owned by the province, requires their permission – even if being paid for by the municipality

Getting their attention is the first and hardest step. With hundreds of other communities and issues taking up room at the provincial table, attention will tend to lead to larger, vote-rich areas before smaller constituencies’ issues like Stouffville’s get noticed. Other roads are regionally owned and governed and require cooperation with regional governors.

Broadband internet provision has also been a hot topic which is both a federal and provincial jurisdiction and so more complicated. While much progress has been made over the last decade in rural areas, getting even half-decent internet access in many underserved rural pockets continues to be a challenge as administrative and financial details are debated between government layers and the actual providers who ultimately deliver the infrastructure needed.

So, at all points a solid understanding of divisions of responsibility and budget as well as good relationship building ability is required to be effective in the role of councillor in a place like Ward 2.

As of press time, only Smith and Musselman’s Lake business owner George Karpouzis have registered to run for the fall election. Karpouzis was contacted for comment on issues but no response had been provided by publication time.

Would-be candidates for municipal elections in the area have until August 19 to register at the Town of Stouffville offices. You can get information on running, voting and an up to date list of candidates running this fall at www.stouffvillevotes.ca.