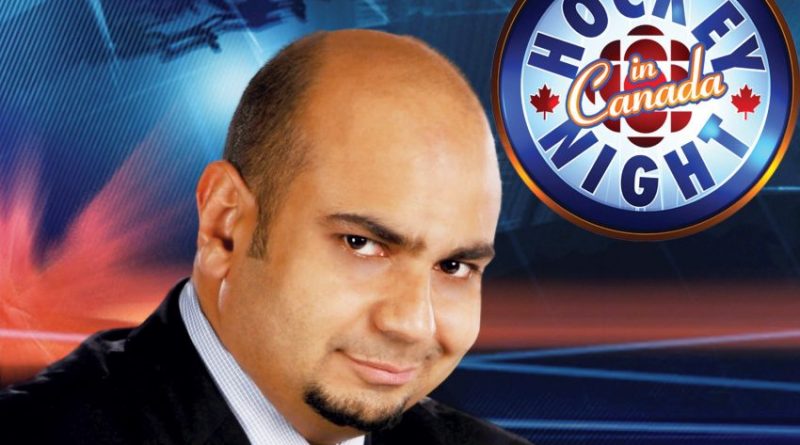 Hockey Night in Canada is a legendary sports broadcast. It’s a Saturday night tradition capturing the best in NHL hockey; Canadians have watched it enthusiastically for generations.

As an immigrant from Uganda, Sherali Najak’s journey to direct the broadcast fixture is an unconventional one. His family fled to Canada in 1972, and he and seven sisters began a new life in Hamilton, Ontario. Like most other Canadian kids, Najak grew up playing hockey, but it was upon seeing a Hamilton Tiger-Cats football game through the lens of a television truck that piqued his interest in sports broadcast.

“I loved event television like I loved the pressure of it. When I saw that mobile, when I was in that truck at Ivor Wynne Stadium it spoke to me,” Najak said. “And I loved sports TV, I loved that athletic mind because I didn’t have it. I respected the athletes and loved what they could do. And just being part of that intensity was really cool.”

Najak eventually began studying television broadcast at Mohawk College, and after completing his first year, he landed a summer position working at CBC.

All of the wedding videos he shot, and the hours logged as a volunteer at Cable 14 had paid off, but he had more adversity to overcome as his broadcast professor notified him later that summer that he had failed some of his classes. The teacher even went as far to advise him that he should consider a different career.

Not once did Najak ever waver. He took the long road of re-taking his first-year courses and continued to put in time at CBC. Upon its inception in 1989, Najak landed a coveted position working with CBC News World. This gave him plenty of worthwhile experience, but with his sights set on sports broadcast, it was only a matter of time before an opportunity presented itself with Hockey Night In Canada; he began working as a senior producer in 2002.

Since then, Najak has been a huge contributor. For example, it was his idea to transition the popular first intermission program, Coach’s Corner, from pre-produced to live. He even served as the Executive Producer from 2007-2010.

Just like his aspiration for broadcast hasn’t wavered, neither has his philosophy, “I do think we can push the line across all content – you have to work within your own integrity in how you approach.”

Today Najak has gone full circle in hockey, he entered Canada at the time of 1972 Soviet Summit Series, and today is a senior producer for the country’s leading hockey broadcast.