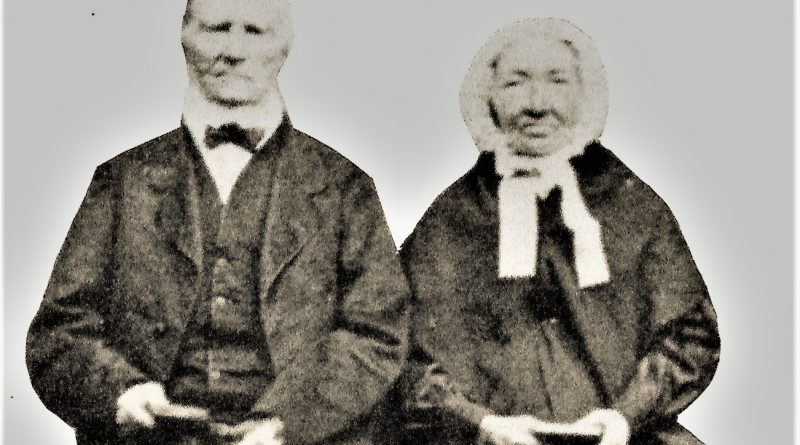 The first member of the Mertens family to come to Canada was Claus Mertens. A handwritten note by Claus says, “We leave this country for America, London, 10th May 1834, Claus Mertens born in Albstedt, Hanover.”

This was the note of Claus who had immigrated from Germany to England where he married Elizabeth Heason in 1810.

Compulsion military service was demanded in Germany. Claus had asked his brother Frederick to come to Canada as well. Frederick’s two oldest sons, Dedrick and John, were just about ready for military service, so he decided to bring his family to Stouffville so they wouldn’t have to serve.

The Maple Farm was first plowed by Claus Mertens, the pioneer member of the family in Canada. His homestead has been gone since the town extended Morstar St. The site is approximately where the Royal Canadian Legion Hall is located today.

For many years, Mertens’ family were connected to the oldest church in Stouffville. Having been early trained and brought up in the Protestant faith, bore allegiance in the fatherland to the church founded by Martin Luther.

Some years after the family arrived, an effort was made by a missionary Rev. Ludwig Kribs, to organize a branch of the Congregational Church in Stouffville. That church was first organized and attended in the sacred parlor of the Mertens home with the Mertens family as willing hosts.

On the original farm was a log house and barn. To the log house a frame addition was shortly added. This addition was the time honoured and scared parlor which F. W. Mertens as a child entered only by special invitation and then in fear and trembling.

It also contained one bedroom on the ground floor, while the second floor was divided into two or more bedrooms. While the addition in the remodeled form remains, the old log portion was removed and replaced by what is now the central or main section of this home.

The Mertens family had many connections to other families like the Stapleton’s of Bloomington and the Hoovers of Markham. The family plots are found in various cemeteries Dickson Hill, Stouffville, and daughter Rebecca in Bloomington. Outstanding Mertens were W. J. Mertens an early photographer in the village and Chief Joseph Mertens on the Fire Brigade.