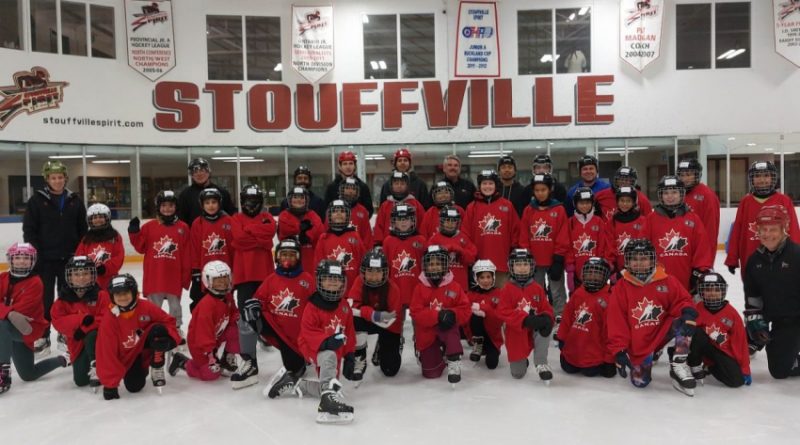 Whitchurch-Stouffville children, teens and now adults who don’t know how to skate can learn free of charge beginning in January, thanks to an expanded new local program.

Learn to Skate was initially aimed at girls and boys aged 8 to 14 years old who wanted to learn the fundamentals of skating when it was first offered last fall. An adult session will be added when the program reboots early in the new year.

The program, which Hockey Canada supports, is sponsored by the Whitchurch-Stouffville Legacy Fund and Stouffville’s Kids First Fund.

Spots filled up quickly for the first session, and a waiting list was created.

“It’s been amazing,” said Peter Harmsen of the Kids First Fund. “To see the sheer joy on the faces of these kids and their parents has been totally gratifying. We have as many family members in the stands watching their children skate Wednesday nights as we do for our minor hockey games. The parents are happy. Some are asking about next steps, including playing hockey. Others asked about lessons for adults who didn’t know how to skate.

“It’s all about building community through skating. We know there are kids and teens in Stouffville who have never been on skates. We want to give them that opportunity to hopefully pick up a pastime they can enjoy for the rest of their lives.”

Beginning Jan. 11, the program includes eight sessions held Wednesdays from 6 to 7 p.m. at the Stouffville Arena on Ninth Line.

A maximum of 35 participants will be enrolled.

A similar program for adults will run from 7 to 8 p.m., with a maximum 25 participants.

Priority will be given to individuals on the waiting list from the original applications submitted in the fall.

Priority will also be given to residents of Whitchurch-Stouffville.

Participants will spend one hour on the ice each week with a very high ratio of instructors to skaters. Instructors will include facilitators from the Ontario Minor Hockey Association Coaching Program.

Each participant will receive a complimentary Hockey Canada jersey.

Participants will be provided with a checklist of items they need during an orientation session on Jan. 4 at the Stouffville Arena.

“They’ll learn the fundamentals of skating,” said Harmsen. “And we hope this program will encourage them to come and try hockey with the Whitchurch-Stouffville Minor Hockey Association, Stouffville Markham Stars Girls Hockey Association or the Stouffville Figure Skating Club. It allows children who are unsure about playing hockey the opportunity to try without committing to an entire season.

“But if they never play hockey, they’ll know how to skate.”

To register, go to https://wsmha.com/Articles/18040/Learn_To_Skate/