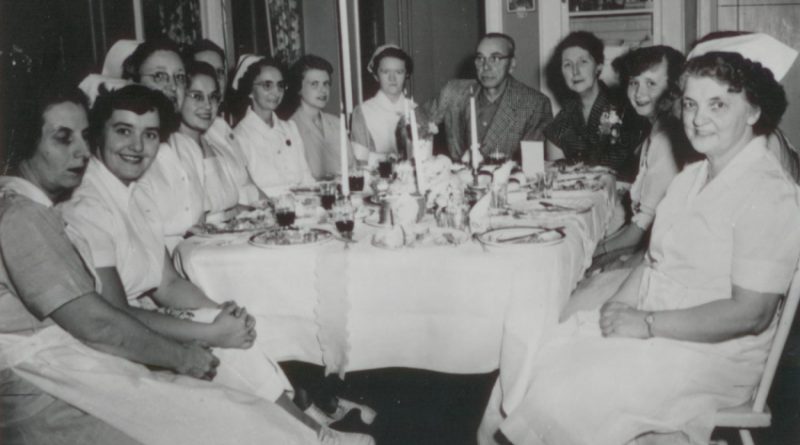 Yes, it is amazing that the Village of Stouffville had a hospital. The location was in the east end of the Village on Main St.

Presently, the site is marked by a heritage plaque which the Whitchurch-Stouffville Heritage Advisory Board of the town had made and erected to celebrate this special building and site. The main house which served as a hospital was demolished in 1978 after many long years of service.

The owners and staff are people who cared for others in the community and took the risk to operate this facility. Their service will be remembered by many. There are many connections to this place. The Brierbush Babies reunion will be held at the Stouffville Legion on September 25 for all those who like to recall memories and the early families of Stouffville.

Dr. Donald J. R. Petrie had a vision to record this history in a book he wrote to collect some of the facts and stories. Dr. John Button once told me he had a special booklet which he had kept record of all the twins who were born at this place. Dr. Ira A. Freel an early doctor in town worked here, as well as Dr. S. S. Ball.

The first owners were Mr. and Mrs. E. R. Good from June 1933 until 1945. They operated a maternity home back in 1932 at 96 Church St. before moving to Main St. They opened a four-bed nursing home with patients. A few years later, it was modified and enlarged into a maternity home. The rear yard barn was the residence for the nursing staff.

The next owners turned it into a private hospital complex with a small operating room. Dr. H. B. Freel, the son of Dr. Ira Freel, had an X-ray machine installed. The number of beds increased to 25 beds, plus eight beds in the nurses’ residence.

Dr. Petrie arrived in a far more rural Stouffville in 1959. He began his career as a family doctor. Family doctors did more then, before the arrival of specialists including removing tonsils and delivering babies.

At one point Dr. Petrie was the only Stouffville doctor ushering little ones into the world. “One day I had three deliveries in three hospitals, Brierbush, Scarborough Centenary, Uxbridge,” he said. “And all went well”. He estimated he delivered about 1400 babies.

There were a number of Baby Boomers born in our community. In 1947, 109 babies were born here outdistancing 80 for the year 1946. In 1950 the number reached 111 babies. A record number of births were registered here in 1954. The town clerk Garfield Brown recorded the total number of 170. The high point for the stork’s activity was September when eighteen babies were born.