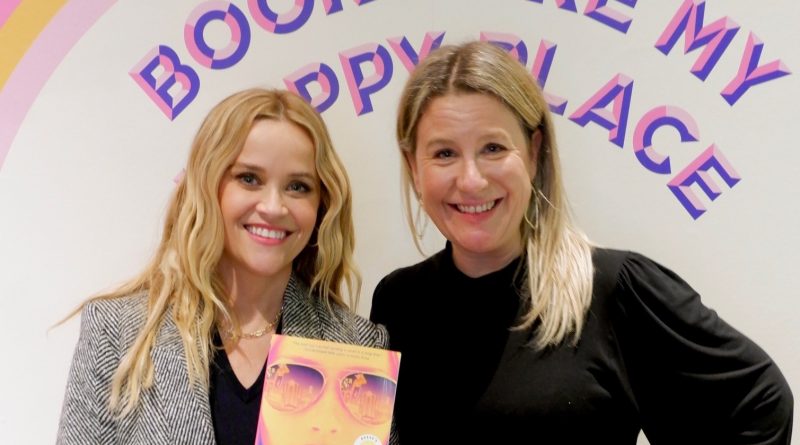 Lucky is the story of a talented but reluctant grifter looking to start a new life with a new identity after pulling a million-dollar heist. But she suddenly finds herself  alone without her father and  her boyfriend, who taught her the art of the scam. She discovers a lottery ticket she bought is worth many millions of dollars, but can’t cash it without being arrested for her crimes. As she tries to avoid capture and make a new future for herself she is forced to confront her past by reconciling with a father who has misled her all her life while trying to find the mother who abandoned her as a baby.

“I think every author dreams of being chosen by Reese’s Book Club and I certainly did — but there was always a part of me that believed it could never really happen because Canadian authors didn’t seem to be on the radar,” Stapley said. “I don’t think I’ll ever forget the night my agent and editor took me out for dinner to tell me the surprise news. I wasn’t expecting it at all. It felt like I was in a dream. Meeting Reese herself, who was so kind and genuinely enthusiastic about Lucky, made me realize that yes, this was all really happening. ”

It was the first time a Canadian author’s work had been  picked by the book club, which was started in 2017 and now includes 900,000 followers. Witherspoon’s company  is exploring the possibility of having the novel turned into a screen production.

“I know it means big things for me and my career but it also makes me happy to know the Canadian commercial literary community gets to benefit, too,” Stapley said. “There are more eyes on us, now. And there should be. It’s a talented community.”

Stapley has a Journalism degree from Ryerson University and her journalism has appeared in newspapers and magazines across North America. Her father Bruce is a long-time Stouffville journalist and former co-owner of the now-defunct Stouffville Free Press.

“Growing up in Stouffville and going to Stouffville High, I remember my English teachers always telling me what a great storyteller I was,” Stapley said. “Writing came so easily to me, I almost didn’t even have to work at it — which wasn’t actually a good thing because it is tremendously difficult to make it as an author. But because I chose to begin my career as a journalist — getting my start as an intern at the Stouffville Tribune — I quickly developed a very strong work ethic and I’ve never backed down on that”

Stapley wrote most of the book at her sick mother’s bedside. Lucky is dedicated to her mother Valerie Clubine who lost her battle to cancer.

Lucky was released in Canada by Simon and Schuster last spring and will also be available in various other countries. It is the fourth novel for Stapley, whose previous works have been international best sellers. Lucky is available anywhere books are sold, including Indigo and Amazon, but Stapley recommends trying your local bookstore first.