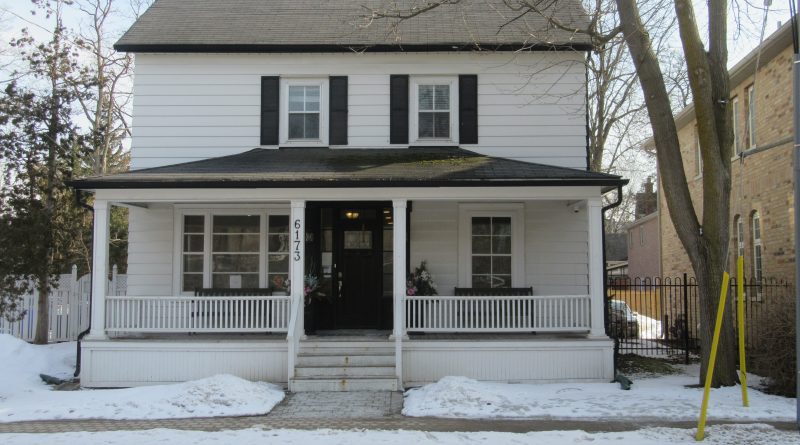 With unique design elements, this Georgian style home at 6173 Main St. is rare in Stouffville.

It dates back to the early days of the Village of Stouffville.

Most home owners do not know the history of their home and fail to know the many significant historical, architectural and cultural connections.

The south side of Main Street was once Markham Township and bought by Abraham Stouffer in 1806 after he had already purchased the north side years previous. As this part of town west of the tracks was being divided into lots this plan #321 was surveyed and registered in 1872. This residence is situated on Lot 8.

David Musselman was the first lot owner having purchased it from Abraham Stouffer jr. for $450 in January 6, 1872. He retained ownership for six years and sold it to Henry Woodgate for $1800. This would cause one to think that a large home had been added. Mr. Woodgate had purchased it in May 25, 1878.

Henry William Woodgate was living in the village before this time. He had married Ann Armitage in 1865. They had two boys John Edgar born in 1873 and Thomas Henry born 1879. Sad to say both died in their younger days.

They also had a daughter Martha Matilda (Woodgate) Davey. She married Edward Davey.

Henry was part of the first Village council with Reeve James Dougherty. His duties included the tasks of both Treasurer and Clerk for the village; he held this position for 27 years. His salary was $50 a year.

Ann died November 1896 in her 58th year. She was buried in the family plot in Hartman Cemetery on Davis Dr.

The home was well maintained, in part due to the pride of the owners in its tremendous history.

Some changes have been made in keeping with the scale and massing of the structure.  A rear addition to the south expands a family room which opens into the lovely backyard.

The front porch is an upgrade and likely not original.

The spacing of the front upper windows is very different and stands out from the usual symmetric spacing.

Some of the older citizens will remember this as home of Bill and Peggy Mowat.