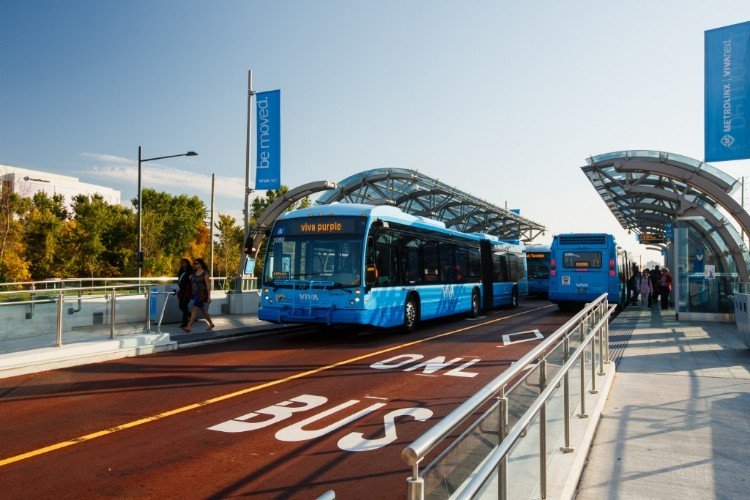 With the start of another school year just days away, York Region Transit (YRT) is announcing plans to reinstate all high school special routes and also changes to improve connections beginning Sept. 2.

• Routes 201, 202 and 203 schedules will be adjusted to improve GO Transit connections
• All 400-series school special routes will be reinstated on Sept. 4, with the exception of the following routes that begin on MAug. 27: 424 – Keswick High School Special and 462 – Maple High School Special.

As part of the service changes, YRT will no longer directly service the York University Keele Street Campus. Instead, the routes listed below will be redirected to service the Pioneer Village bus terminal, located on the north side of Steeles Avenue, east of Jane Street, in the City of Vaughan. Walking distance to the campus is about 200 metres:

Travellers continuing west to York University will need to transfer onto Viva orange, which will then take them across Hwy. 7, in the rapidway to Vaughan Metropolitan Centre, where they can transfer onto the subway for direct service into the campus.

Students travelling to York University on YRT who transfer onto the TTC Line 1 subway will be required to pay both the YRT and TTC fare to complete their trip. YRT is making the change because of a 2009 agreement between TTC and York Region for the construction of the TTC Line 1 subway extension and recently formalized in an operations and maintenance agreement between the two groups.

Visit yrt.ca/servicechanges for more infomation. For major service alerts, news, travel tips and other relevant transit information, call 1-866-MOVE-YRT (668-3978), visit yrt.ca or follow YRT on social media. You can also check out talk2yrt.ca, a website where you can view questions and answers about YRT or submit your own questions.