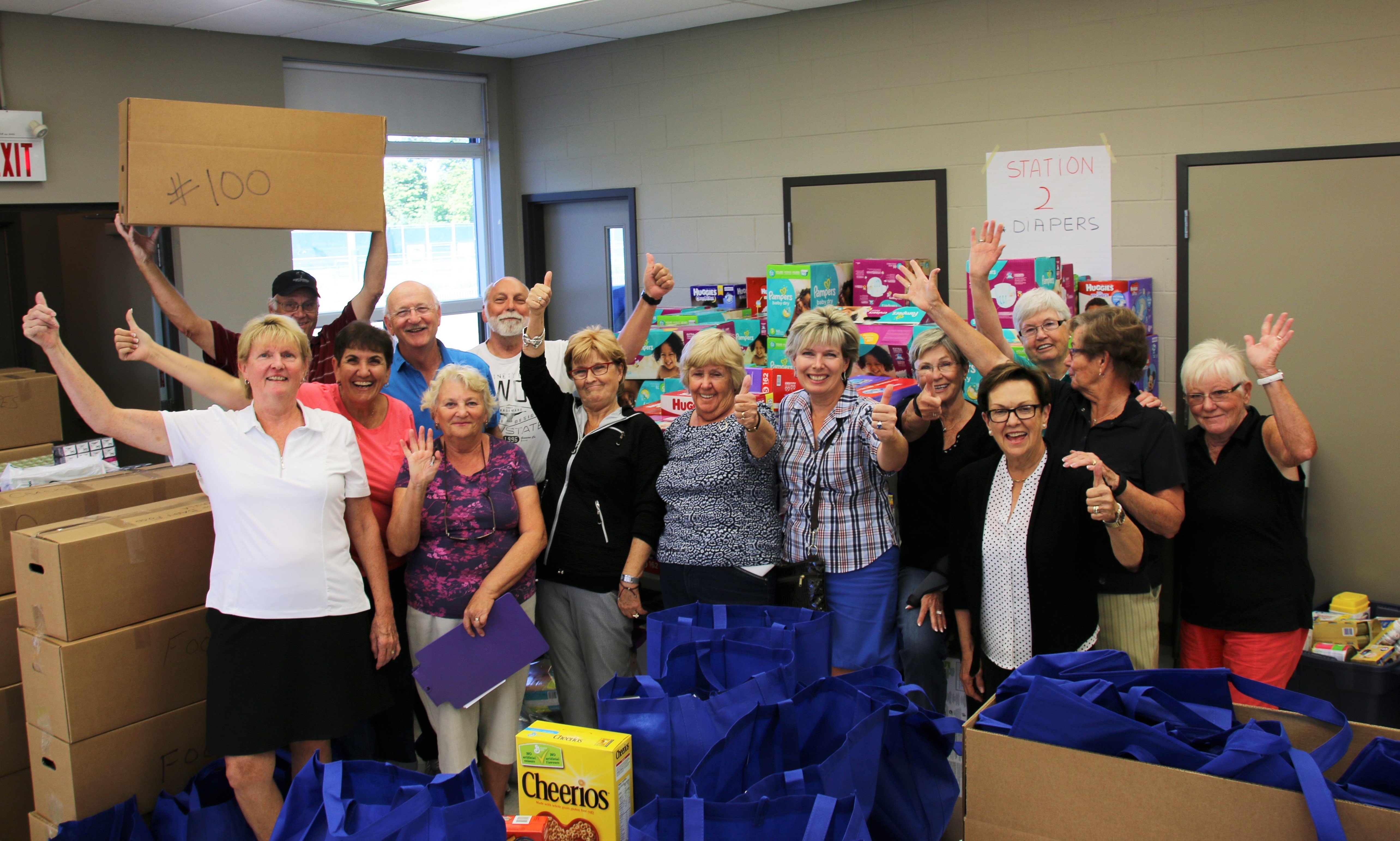 Great things happen when you manage to get a few residents of the Ballantrae Golf and Country Club community excited about something. But even the organizers of a unique charity drive held recently in the tight knit community probably didn’t expect that their efforts would produce the spectacular results that were realized as the drive to assist mothers-in-need concluded recently at the Ballantrae Community Centre.

There was excitement in the air September 15 as over 60 volunteers with the BGCC Charity Drive for Children went door to door collecting full donation bags that had been dropped off empty three weeks earlier with a letter explaining the what the drive was about. Each volunteer was responsible for about 25 houses.

The letter from ward 2 Councillor Maurice Smith, who lent his name and efforts, sought donations of diapers, baby lotions, wipes, formula, gently used clothing and other essentials that would be distributed to end users through the Rose of Sharon Service for Young Mothers – a group that services all of York region including the Whitchurch-Stouffville area.

Resident response was overwhelming said lead organizer Doreen Cunneen who also praised the volunteers who worked “as a well-oiled machine.” Noting that many of the volunteers were grandmothers who remembered only too well, the financial burden child-rearing puts on young mothers. The personal connection each volunteer had with neighbours helped the success. “It helps that it wasn’t a blind call” she begins. “We started raising awareness in the spring, but the notice went out 3 weeks before today and they had one day to pick it up. Today.”

The community came through opening their doors, their hearts and their wallets to fill the community centre to the seams. With a mountain of supplies like diapers and clothing- much of it not gently-used as requested, but brand new.

Corporate sponsors like Tiny Seedlings, who provided all the reuseable bags and Farsight Homes and Two Men and a Truck also pitched in to ensure a successful event.

Smith was left shaking his head at both the generosity of his neighbours but of the work put in by Cunneen and the rest of the volunteers. “I get blown away when I see what they’ve done” he says.