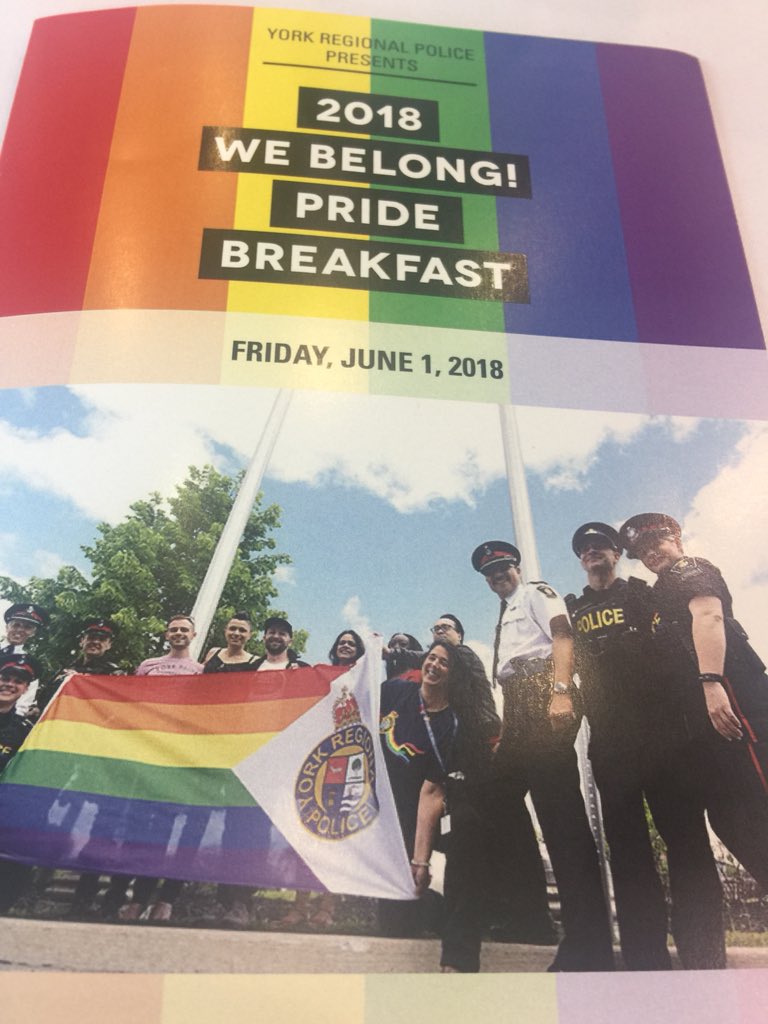 We all belong in York Region is the message York Regional Police (YRP) is sending as it kicked off Pride month with the first-ever We Belong/Pride Breakfast in partnership with the AIDS Committee of York Region, Pflag York Region and York Pride.

The breakfast, held June 1, was followed by the fourth annual raising of the rainbow flag outside police headquarters. The flag was also raised at all five districts throughout the region, the Community Safety Village and the YRP training facility. Police officers will also participate in municipal flag-raising ceremonies across the region.

“YRP is committed to supporting the LGBTQ2+ community, both internally among its members, as well as externally with residents,” says a recent news release.

In 2014, the regional police force formed the LGBTQ Internal Support Network. It’s comprised of sworn and civilian members of the LGBTQ community as well as friends, family members and allies, and has grown to become the largest support network within the service.

Proceeds from the Pride breakfast will provide funding for YRP allies in a bid to reach vulnerable members of the community and educate area residents about the numerous resources available should they ever need support.