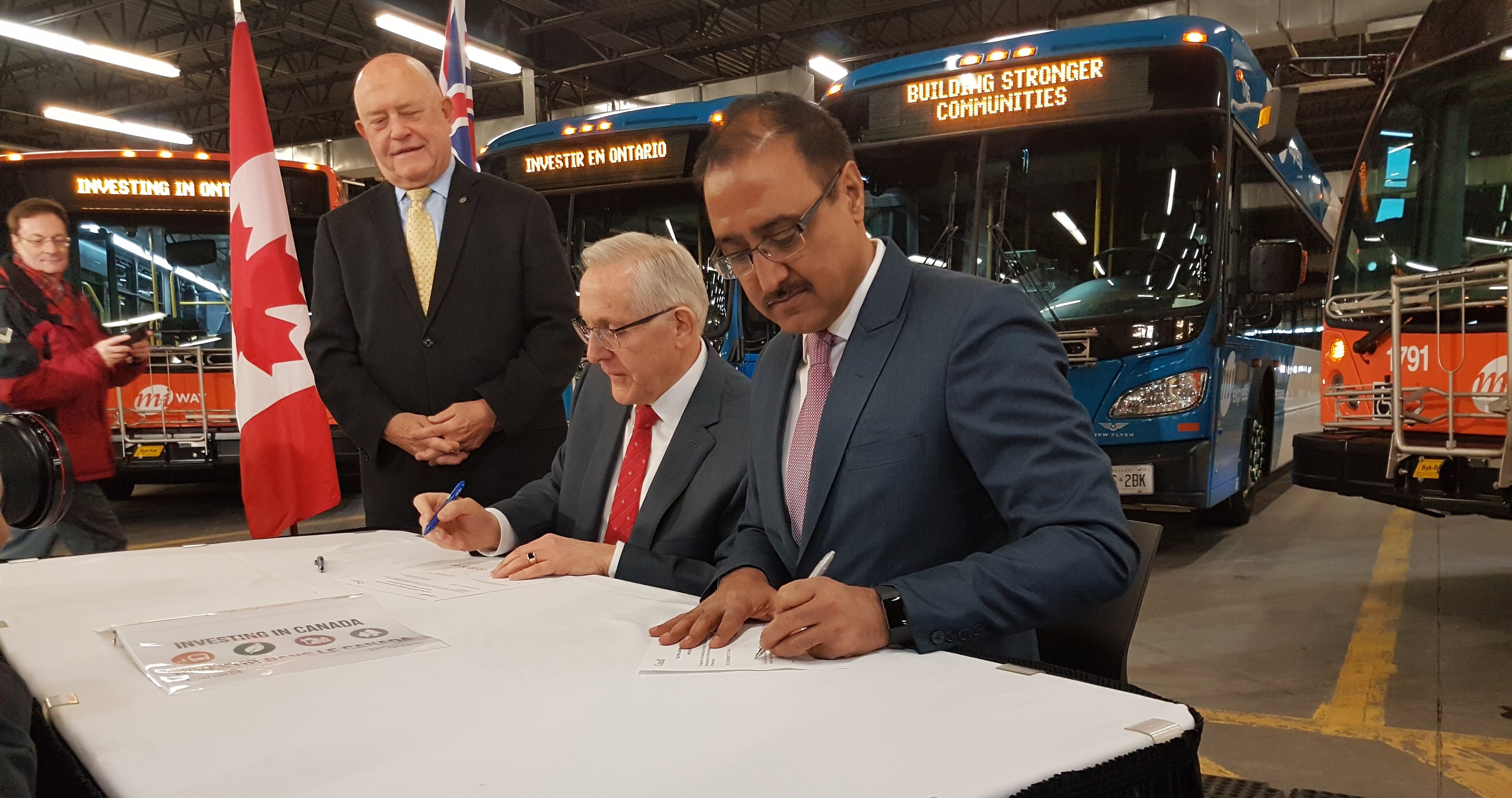 A combined transportation funding contribution from the federal and provincial governments has local politicians hopeful that it is the first step towards a subway extension into York Region.

The announcement made, on March 14, will see an influx of more than $370 million into the region over the next 10 years. The agreement is part of an overall bilateral plan between the two senior levels of government that will see $31 billion in infrastructure spending in Ontario during that period.

Regional chair Wayne Emmerson says it’s no secret that the top priority for York is to see the extension of the Yong St. subway into the region and the funding formula fits the plan.

“Any time you get money from the federal and provincial governments it is good news for us,” he told The Review, during the signing of the agreement in Mississauga. “What we are pushing for is the Yonge subway extension and this is a start.”

A subway extension has long been dreamed of by residents of York Region to alleviate commuter traffic congestion going to and from Toronto. With a push to Richmond Hill a natural destination for a beginning construction phase, a subway line in the long term will serve as the backbone of an integrated transit system that will see connecting east-west routes throughout all parts of the region. While much of the work still has to be done, Emmerson said he is optimistic this portion of the funding is only the beginning.

“I did talk to the minister (federal infrastructure and communities minister Amarjeet Sohi) today, and while I wouldn’t put him on the spot, he did say ‘we are working with you on that’,” said Emmerson. “We have some work to do to get a shovel ready and that is the main thing going forward.”

In making the announcement, Sohi said aside from transit, other areas targeted for funding include programs to reduce greenhouse gas emissions and to build resilience to the impacts of climate change. Funding is also slated to help build stronger communities and improve social inclusion through culture and recreation funding.