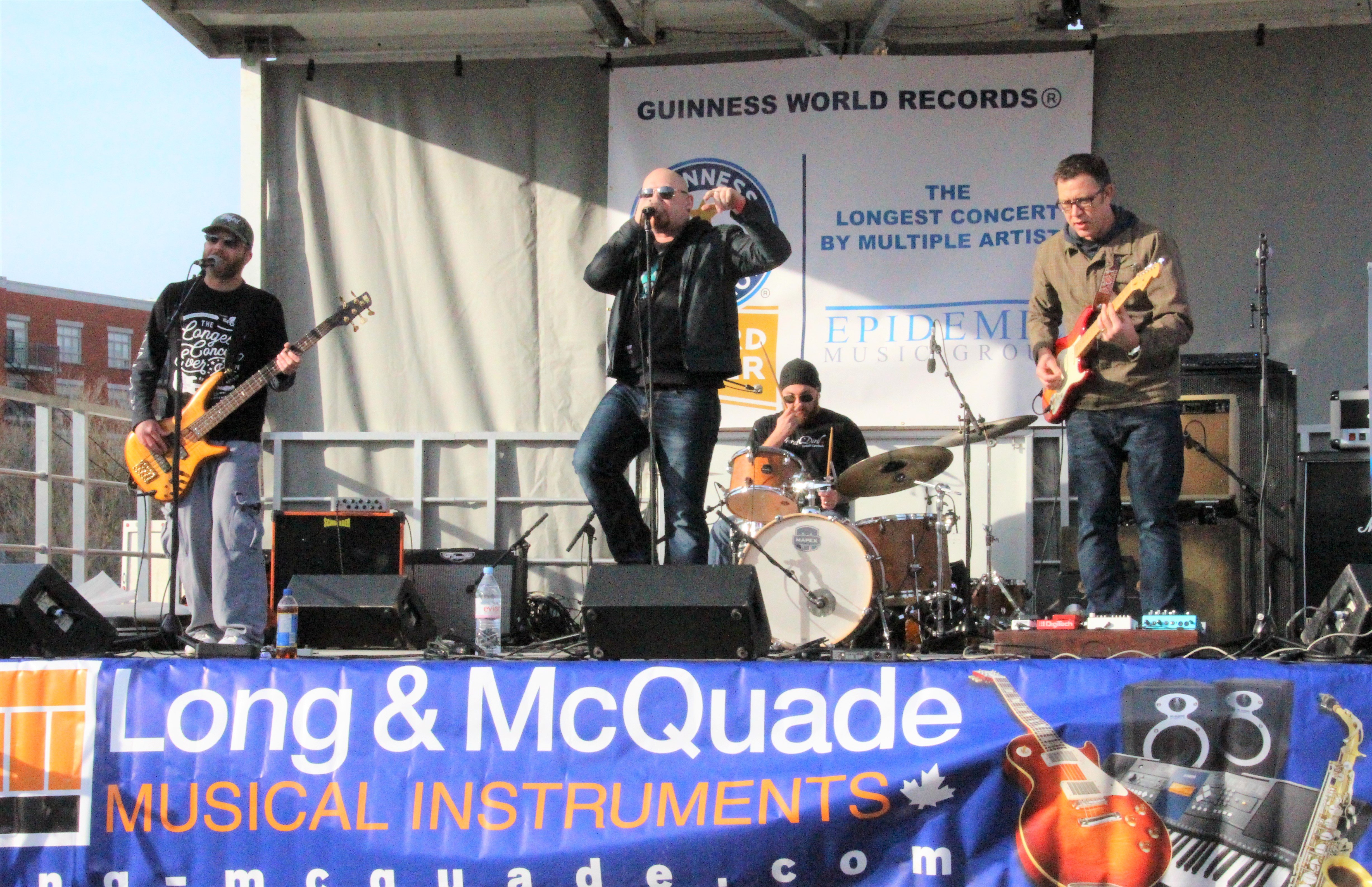 The successful Guinness World Record effort to achieve the world’s longest concert by multiple artists was a memorable event last year that brought media attention from all over the GTA and brought a community together in a big way. But while tired eyes took a couple of days off to refresh, the effort to officially certify the event has been ongoing for months.

The January Wintersong – Stouffville’s Winter Music Festival – hosted by Kevin Ker’s Epidemic Music Group along with a host of helpers and official backing from the town itself was, in many ways, an extension of the Guinness attempt. Although Wintersong is an event on its own, with more than 50 bands performing over two days in January at various venues, it also functioned as a capstone event to the original effort with an official from Guinness present on Jan. 20 to officially bestow organizers with their certificate.

Of course, this was also another excuse to crank up the music one more time – this time at various venues in downtown Stouffville, including outside the Latcham Gallery on an unseasonably warm Saturday that saw a crowd in the hundreds dance, sing and generally feel good about the weather and awesome tunes.

Epidemic has plans to make Wintersong a regular event.