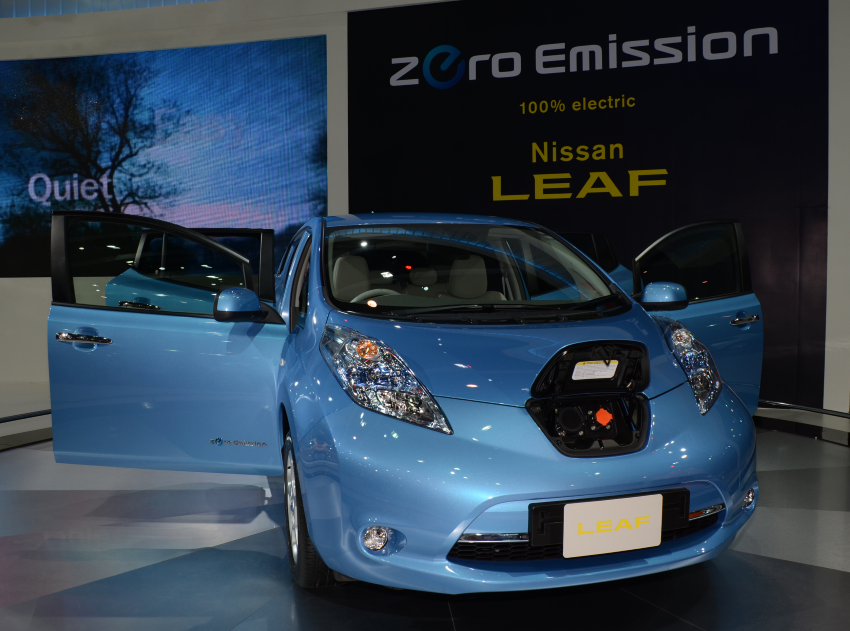 With the price of gas up more than four cents per litre this year due to the provincial government’s cap and trade program, drivers are facing sticker shock at the gas pumps.

For some, this has meant a renewed interest in low- and no-emission vehicles—including electric cars.

Though electricity-powered vehicles have been around since the late 19th century, it’s only been in the last seven years that affordable consumer models have been readily available—from the Nissan Leaf to the Ford Focus Electric to the Honda Fit EV.

Despite the expansion of the niche market, retailers note that people are still skeptical of these vehicles as being either unaffordable or grossly impractical due to a lack of infrastructure.

While there’s still progress to be made on the latter, one electric vehicle dealer says that pricing has dropped substantially in recent years—particularly with government subsidies.

The Chevy Volt was unveiled in 2010 as a plug-in hybrid—run by battery but also housing a fuel-powered generator for backup. This year, Chevrolet is rolling out the Bolt, which is an exclusively electric car.

Stapleton said that while the manufacturer’s suggested retail price (MSRP) is $37,495, government rebates bring the cost down to $29,995.

This has been a key priority for the Ontario government in particular, which has taken up a number of green energy causes.

“A shift to low- and zero-emission vehicles is vital to securing a healthy, clean and sustainable future for families in York Region,” said Oak Ridges—Markham MPP Helena Jaczek. “Whether it’s offering incentives like financial rebates to buyers through the Electric Vehicle Incentive Program or building charging stations in local communities, including 19 in York Region and 500 across the province, our government remains committed to helping Ontarians participate in the fight against climate change.”

Stapleton said there are a couple of reasons why people buy electric cars.

“You’ve got people that want to be on the leading edge of technology, so they’ll buy based on that,” he said. “Others are looking at it from a cost perspective. You purchase a car, you look at your payments, and you also have to look at operating costs (like fuel.)”

For Darren Doner, general manager of Stouffville Nissan, electric cars haven’t made a huge dent in sales—although his dealership sells the Nissan Leaf—but he has noticed more and more people buying based on fuel efficiency, with rising gas costs.

“The conversation is always ‘What’s your gas mileage like? How many liters per kilometer am I getting?’ It tends to come up once gas is moving well past the dollar mark, and now it’s going to do that more,” he said, pointing to Nissan’s Altima and Rogue as the most fuel efficient models.

Doner said that electric cars are no doubt here to stay, but noted that more efficient gas-powered cars are still more desirable to consumers compared to electric.