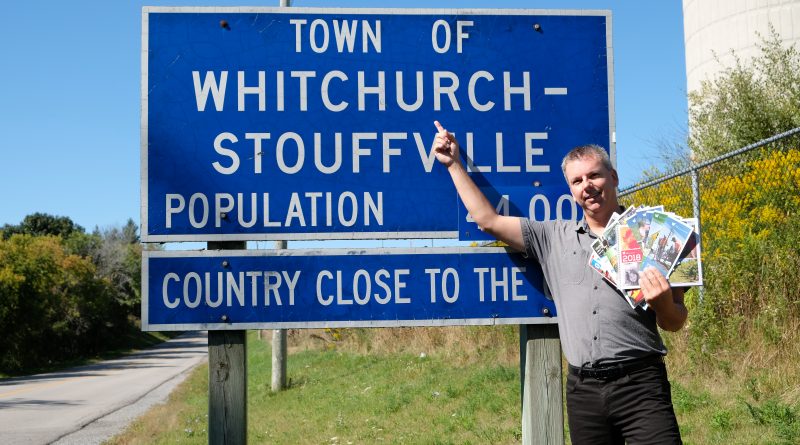 The Town of Whitchurch-Stouffville is looking for a new brand, and perhaps a new name.

On September 30, the town launched a campaign to re-brand its image, an initiative that is suspected to take upwards of six to eight months to complete.

“This is an exciting project,” said Glenn Jackson, corporate communications officer with the Town of Whitchurch-Stouffville and the project lead. “Re-branding is not a simple task, it much more than just coming up with a new logo.”

The project consists of five phases according to Jackson, of which two of them will consist of extensive community engagement.

“The town hasn’t done a significant re-branding exercise since the 1990s, hence why some of our corporate image looks a bit out of date,” Jackson said.

The first phase of the project may be the most controversial.

“Before we embark on the actual re-branding exercise, we need to know exactly what we are branding,” he said.  “Therefore, we are going to ask the community what they think of the town’s name.”

The Town of Whitchurch-Stouffville has been the name of the municipality since 1971 when the Township of Whitchurch amalgamated with the Community of Stouffville.

“Being in communications, I see this confusion quite frequently,” he added. “Not only amongst residents and visitors, but with the media.”

Starting this week, the town launched an online survey asking the community if they prefer ‘Stouffville’ or ‘Whitchurch-Stouffville’ as the municipality’s name. It is available online at townofws.ca/name.

“We just want to see what the town thinks,” Jackson said.  “We certainly are not taking a side in this, but if we are going to be doing a complete re-brand we want to know what name we are branding.”

Along with the online survey, the community will also be able to offer its opinion at two Public Open Houses. The first will be Wednesday, October 16 at 7 p.m. in the Large Multipurpose Room at the Leisure Centre, located at 2 Park Drive, Stouffville, and the second will be held Thursday October 17 at 7 p.m. at the Ballantrae Field House, located at 5592 Aurora Sideroad.

Town staff will be on hand for both to answer questions and visitors will be able to fill out the survey. Paper surveys will also be available throughout town at various locations, such as Town Hall, 19 on the Park and the Whitchurch-Stouffville Museum & Community Centre.

An Engagement Canvas will also be in the lobby of the Leisure Centre until October 25 for community members to have their say.

“This is just phase one of the project,” Jackson said. “We will be back after the holidays to involve the public in the actual branding exercise.”

Town council is expected to decide on the town’s name in late November.