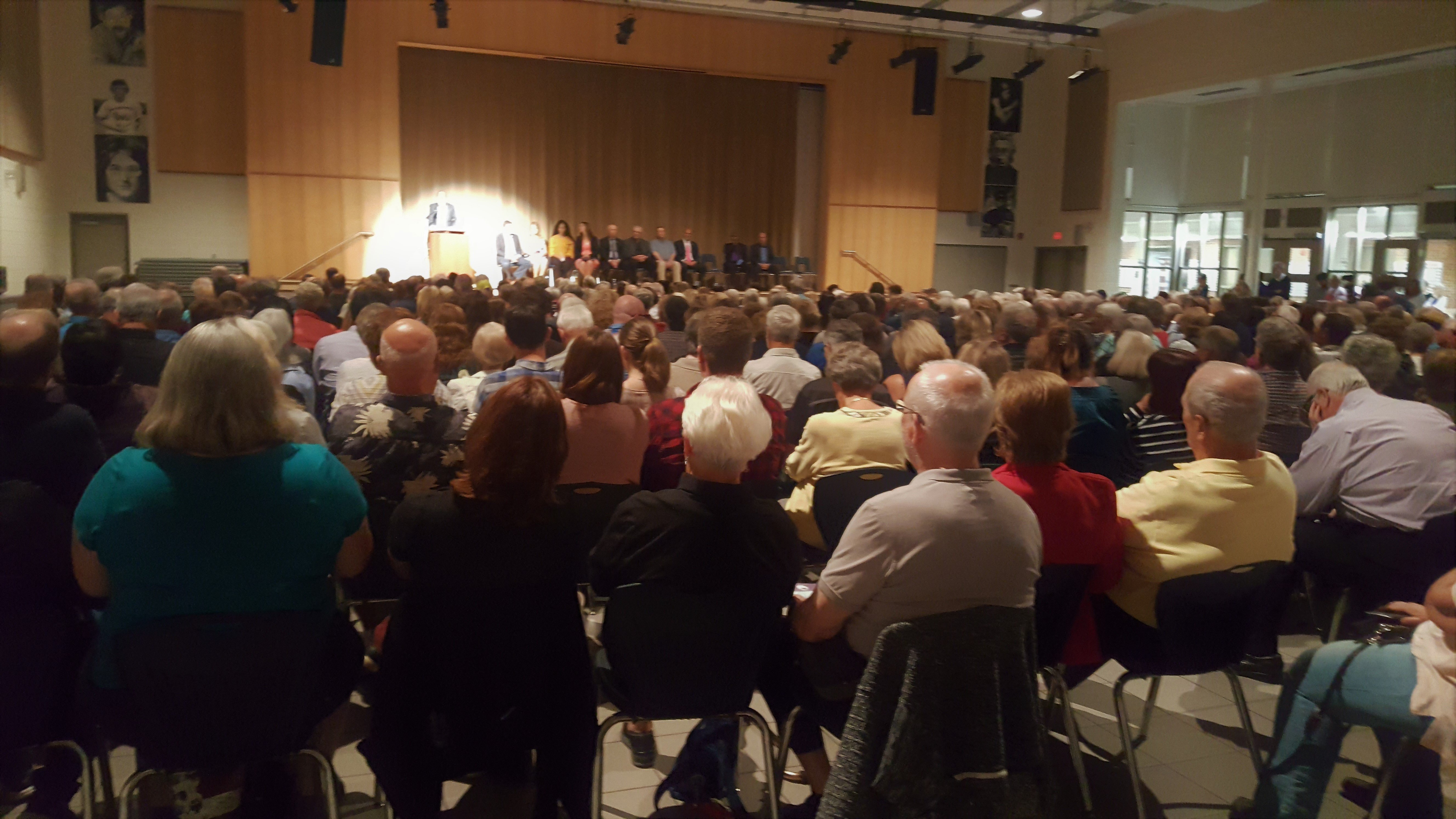 National and provincial issues tend to take up a lot of media attention and rightly so, but municipal elections give you a chance to make a big difference right in your own neighbourhood on the issues that matter day-to-day. Working with other levels of government, the local mayor and councillors work on everything from business development, roads, infrastructure and parking, stop signs, speed limits, essential services like garbage and recycling schedules, to developing public spaces and land tax rates.

So why is municipal turn-out at the polls typically poor? It’s a tough question to answer, but given the low representative-to-resident ratio, our municipal vote has more power than in any other election. So, given the tense political climate at town hall over the past few years, it is worth spending a few minutes considering who will represent your best interests Oct. 22 (or Oct. 6 and13, if you prefer advance polls). Here are how some of the ward battles are shaping up.

Of Whitchurch-Stouffville’s six wards, five incumbents are back to vie for their council seats with only Iain Lovatt forgoing a return in hopes of taking the mayor’s chair this time around. In Ward 1, long-time incumbent, Ken Ferdinands, has championed responsible development including working with business and other levels of government gain better internet service and open up commercial lands along Hwy. 404, which is adjacent to the ward. As befits his reputation as a get-down-to-business kind of guy, he offers the following, “I have no patience for a ‘bread and circuses’ type of political environment and can offer experienced leadership without the distraction of the political drama that has consumed the best part of the past four years. I am running on my record. Apart from diligence to the job, I offer no promises.”

Ferdinands faces only two candidates this time around, self-declared soccer and hockey mom and well-known singer, Keisha Wint, who has been active as an organizer for area prayer-breakfast events. Also, on the ballot is Elizabeth Johnston, who is active in the business community as founder of the York Business Women’s Network and whose platform is focused on business development issues.

Ward 2 has been represented by man-about-Ballantrae, Maurice Smith, who has been described as the unofficial mayor of Ballantrae. Touting successes in his term that include the opening of state-of-the-art Coultice Park at Musselman’s Lake, commercial development at Hwy. 48 and Aurora Road and a new field house and newly resurfaced tennis courts by the Ballantrae community centre, Smith believes he has done a job worth re-electing him to another term.

“Many projects have been completed within the ward but in this ever-changing environment there is still much more to do. As a resident of York Region for over 45 years, as a family man and with a lifetime of business experience [I have] the knowledge Ward 2 needs to continue responsible growth over the next four years” he says. Lawyer Ellen Gowland will challenge, running under the C3 banner, a slate of candidates supporting current mayor Justin Altmann.

Ward 3 C3 candidate Keith Singer, a mental health professional, will challenge current councillor and resident Hugo Kroon who has gained a reputation as being one to say what he thinks. Kroon’s main priority is Gormley development. He says, “the eventual servicing that will come to the Gormley area and extension up into the Vandorf lands will finally bring the much-needed high-value commercial assessment to provide the diversification of our tax base and the resultant cash flow necessary for the future needs of our municipality. The province is now ready, the region is on board and we need to be ready before this final opportunity slips away. Experience counts.” Stephen Rogers rounds out the ward contest.

In Ward 4, Rick Upton points to the development of the old Southwire building (now gone) as a point of pride in his first four years on the job that, he says, has opened 1000 jobs in the area. “I will continue to manage our tax dollars so we can afford the services that our community needs today and long term including a second pool, additional community parks, toboggan hill, pickleball courts, cricket pitches etc. I will work every day to ensure Whitchurch-Stouffville remains the greatest town in Canada.”  Jim ‘the apple man’ Liaros, a fixture at farmers markets, and Brian Sankarsingh, an e-health and project management consultant, who is running simply on a mandate for change, will challenge Upton.

Ward 5, the only ward without an incumbent also has the most candidates (six). They include Jenny Altmann, wife of Justin, who has thrown herself into the tumult of politics hoping to take the seat on a promise of community building and communication. Ward resident, family man, realtor and e-business entrepreneur, Garland Zheng, promises to brings considerable energy and marketing expertise to the job. Zheng has been in the political trenches before, but is a candidate here for the first time. He promises a consultive approach with the know-how to enable positive development of town spaces.  “I want to represent and work specifically for the residents of Stouffville,” he says. “Politicians of all stripes often forget they serve the voters and that tax dollars aren’t a personal piggy bank. I can ensure voters that their priorities will be my priorities, and that I will respect every tax dollar and be accountable and transparent.” Michael Humphreys, runner-up last election and mayoral candidate in 2014 Richard Bartley will ensure this is one of the most competitive posts to be won this time around. Steve Downs and Rose Pizzulo round out the roster.

Ward 6, held for more than a decade and a half by 50-year resident and incumbent, Rob Hargrave, sees ex-mayor and councillor Sue Sherban take a swing at the formidable Hargrave. Sherban, another life-long resident, has been a forceful presence on town issues recently and surprised no one by jumping back into the fray celebrating her experience and gender as a remedy for the current all-male council. Hargrave is running on his record as a negotiator and someone who gets things done. Brian Stott is also on the ballot.

Don’t waste a chance to have your say. There’s not enough room here to cover everything here, so look up the candidates, find out what they’re about. Advance polls are open at the municipal offices, 111 Sandiford Dr., on Oct. 6 and 13 for Wards 4, 5 and 6 as well as the Ballantrae Community Centre, 5592 Aurora Rd., for Wards 1, 2 and 3. Election day, at usual polling stations, is on Oct. 22. Visit elections.townofws.ca/en/voters/voters.aspx to make sure you’re on the voters’ list, find poll locations and also candidate information details.

Photo: An overflow audience took in the first all candidates debate September 19 at Stouffville Secondary. The keen interest in council battles is hopefully a reassuring sign for voter turnout on voting day and before.