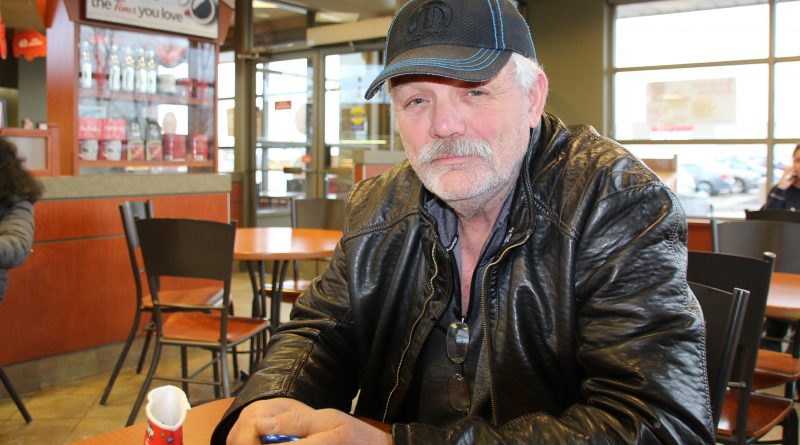 Hugo Kroon, the two-term Whitchurch-Stouffville councillor for the mostly-rural Ward 3 has a reputation as being a down-to-earth, tell-it-like-it-is kind of guy and that’s exactly the take-away you get after a few minutes of conversation with him.  That may rub some people the wrong way on occasion, but Kroon is not too worried about it. He believes that it’s that kind of to-the-point approach that makes him an asset to the dozens of constituents that will call him day or night on issues and why they trust him.

“Every resident is my resident. I’m responsible to them. I’ve never said no to anyone,” and that goes for whether they call him a lot or hardly ever. But, he adds, he has little time for fools and people who eschew common courtesy like one man who came to a town hall to yell abuse. “I have no time for that. The guy was being an *******. I threw him out. It wasn’t fair to the rest of the residents. It was just about getting in the way of what (other residents) were trying to do.”

What most people are trying to do he says is just get information and answers for everyday issues they have and it’s the kind he expects constituents will want to talk about at his upcoming town hall meeting at the Lemonville Community Centre that also includes Mayor Iain Lovatt on April 25th.

Broadband internet access for all rural area is one of those ongoing issues and one Kroon admits has proven difficult to deliver on, partly since it falls under the federal government’s area of authority and requires federal dollars, to accomplish.

“(Jean) Chretien promised it 20 years ago in 10 years. So, we’re ten years late.” But adds, “we’re moving in the right direct

ion.” Kroon estimates it will take $12million to make it happen. The government offered $5 million. He credits local MP Jane Philpott with pushing the issue within government, and is hopeful, as many others are, that her highly-publicized situation will not impact progress on local issues like this.

Public bus transit in rural areas is often raised but Kroon flatly states, “we simply do not have the numbers to support (buses in rural areas)” and goes on to explain that the region gets money from locals for transportation, but it will inevitably focus on high-density areas to maximize efficiencies and, like it or not, rural areas are not a priority.

Roads are a priority in Ward 3 though and used well. Maybe over-used. And early spring, with potholes fully expanded after the winter thaw and wash-outs galore, the calls to him pile up. But Kroon assures that he continues to work on setting priorities with council on making sure that most-abused roads get fixed first like Bethesda Rd., but tax dollars are limited. “Not to say the town is in bad shape. That’s not true. It’s just that we’re being careful about what we spend.  We got to build Gormley (industrial lands),” he says in reference to the need for a better commercial tax base that could feed needed road repairs.

The issue of Gormley industrial land development is a big issue that Kroon continues to push, even after the provincial government backed away publicly from changes to the Oak Ridges Moraine that include Gormley. The town was not happy with the public about-face, “but what still exists…is the (ability of the province) to designate provincially significant employment lands – primarily along the 400 series corridors” which is something the previous Liberal government did on a number of occasions.

Kroon points to regional cooperation, the new Gormley Go station and industries ready to build and pay commercial taxes as reasons why it could and should happen. “We believe that there is complete justification, but the province has to agree.” But even he doesn’t expect “spades in the ground” for a couple of years.

Finally, the issue of municipal restructuring is something Kroon understands is a hot topic. “They (provincial government) wants to change, but they don’t know how they’re going to change. And I believe that is dangerous” he says of the recently launched public consultation that could see places like Stouffville radically altered.

He concedes that the “change” that will likely come about might mean the end of his job as a councillor (and many others across Ontario). He adds that things are going to change, but that shouldn’t change what he or elected council should be doing today. “We’re all planning that nothing is going to change and we’re preparing for the future up until 2022 and for decades after. My job is to serve my residents, and that’s what I’m going to do.”