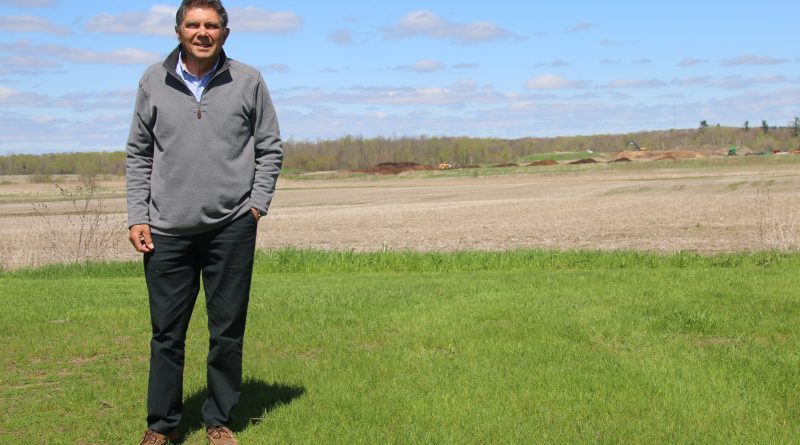 Ken Ferdinands, the veteran of Stouffville council, says people in his ward think a little differently from the folks way down south in town limits.

The Ward 1 councillor believes people in his largely rural riding in the far north of the township are fine with less government and use few services from the town, except garbage pick up and fire services. Big town discussion about better libraries, swimming pool upgrades and vibrant downtowns rarely come up.

“They embrace a rural lifestyle with large green spaces, properties and homes, ” Ferdinands explained. “They want to continue to live that way and, for the most part, just want government to get out of their way. ”

The local councillor also added that his constituents don’t care to use much of the “soft services” Stouffville provides.

That includes Ferdinands, who has lived in the area for about 45 years and represented this riding since 2003. He prides himself in knowing people in every corner of his ward and is on call 24 hours for residents, many of whom have his cell number and are not afraid to use it.

Of course, when they do want those services, they don’t need to go south to Stouffville. Newmarket and Aurora are only a short-hop across the 404. This geographical reality, plus a reciprocal arrangement with neighbouring municipalities to use their libraries and community centres for free or minimal fees, means Ward 1 residents see Stouffville town as a little as those living in town see the green expanses of the north-west ward.

And many residents might feel more a part of those communities than Stouffville.

But that’s not how Ferdinands looks at it.

“My issues are town issues, ” he said. “I’ve never isolated myself to Ward 1. The success of the municipality as a whole is dependent on the success at the town level. ”

One of the key issues he feels connected to the rest of Stouffville is one that all members of council have noted as their primary concern; development and infrastructure. Even there, big rural issues like broadband access have found local solutions rather than rely on government.

Although technically federal jurisdiction broadband plans from various national governments, including the Trudeau regime, have promised funding for the purpose, no money has ever materialized, says Ferdinands. In addition, big players like Bell Canada are hesitant to put big bucks into the needed fibre optic equipment that they will, by law, have to share with other smaller competitors.

That meant people like Ferdinands started a work-around, developing fibre-optic lines in relatively higher-density rural neighbourhoods in cooperation with smaller private enterprises and avoiding government funding obstacles. That work will continue, he says, with or without government help.

Ferdinands, like other councillors, also notes that because the town is almost out of developable land and the housing base is not providing enough of a tax base to sustain the town, the challenge will be to get as much commercial, industrial development in place with what is left. That is not a lot. There is plenty of land in Ward 1, of course, and some at prime interchanges like 404 and Aurora Rd.­ a stones throw from the well-developed west side of the 404 corridor.

Though Ferdinands notes that any large-scale development is likely decades away. Partly because of the province backing away from earlier proposals to open up land, but also the Region of York’s financial limitations to service the land. The region is primarily responsible for sewage and other utility infrastructure.

So, his solution is “do it on their own” just like broadband.

“We’ve kind of got hung up on servicing,” he said. “This is going to be an uphill battle for the foreseeable future…We should think about doing things on private services. It can be done. You may not get the density you want though.”

This means encouraging smaller scale plazas and commercial operation that would work on wells for water services. He stresses that “we are not talking about industrial operation that use millions of litres a day though,” but essential services that local residents will use.

“We cannot be a solid municipality without commercial development,” he added.  “We can’t survive on eight per cent of our resources coming from commercial sources (and the rest from residential taxes).”

Developers, he says, need not be the enemy of the people.

“We do have an obligation to work with them as partners as opposed to adversaries,” he said, noting they provide jobs and essential services and they can go around the town through the OMB (Ontario Municipal Board).

That facilitating role is key to Ferdinands job as councillor.

Getting land owners together to work on a plan and pool essential infrastructure costs is step one. The next step is talk to developers and see what they need.

“If you came up with a solution that minimizes the (political and financial) exposure, the tone of the conversation would change,” he said, referring to provincial permissions needed to go ahead while by-passing Regional resources.

But the “big, gray cloud” that hangs over everything he and the town do is municipal restructuring, the exercise the provincial government is undertaking that may well wipe the Town of Whitchurch-Stouffville off the map and local representation as we know it with it.

“I don’t believe the local ward structure has any chance of survival,” he said.

All he has heard from the provincial level on what will change is “silence.” He is not optimistic. Good representation, he believes, is beside the point.

“It’s a numbers game, and we’re all going to have to adapt,” he added.

But, until then, you can call Ken anytime.

Photo: Ward 1 councillor Ken Ferdinands stands on a privately-owned vacant corner of Aurora Rd and Woodbine which he says is the kind of property that would be a prime location for the kind of low-density development that should happen in his ward.