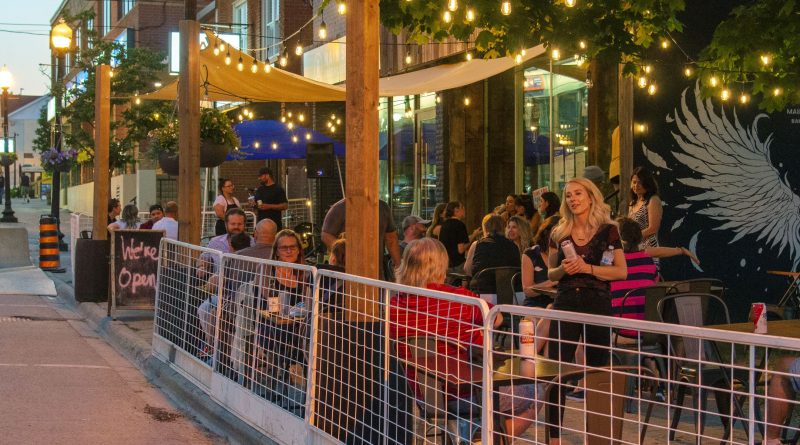 Over a typical year, town staff work on dozens of projects that require input from the community. These can range from road construction projects to park redesigns.

Community engagement is so essential to the final outcome of these projects, the town even has a dedicated website just for citizens to submit ideas and thoughts (be sure to check cometogetherws.ca).

During a typical year, if we do not engage the public before June we tend to wait until September after vacations and families get back from being away. After all, we do want as many opinions as possible.

However, this is not a typical year.

As we all know, this year we have suffered through the COVID-19 pandemic.  As a result, our community engagement plans have been altered. In some cases, the engagement that was planned for a project has been delayed. In other cases, the entire project itself has been postponed.

An example of a project that has been delayed is the town’s new website. Earlier this year, council approved the re-development of the site, which would have involved community input, but due to financial constraints, that project is now slated for 2021.

Many projects that were to engage the public in the spring had that portion of the project delayed.  An example would be the new economic development strategy.

But there is good news. Despite a bit of a backlog, we are now ready to commence the community engagement portion of many projects. And we need your help.

There are no less than six projects that require your input. Two of the projects started a while ago but were delayed and are ramping back up: the town’s new branding and the ‘Official Plan Review.’

When the pandemic hit earlier this spring, the Town’s Branding & Corporate Identity project was ready to engage with the public. We wanted to know what you thought the town’s new brand should look like.  As a matter of fact, we completed a portion of it but stopped.  The project is now back up, and we will have a comprehensive survey ready by the end of September.  This survey will be online and detailed information will be in the October issue of “On The Road” magazine, which will arrive in your mailbox on October 1.

Check out cometogetherws.ca/branding-corporate-identity for more information.

The ‘Official Plan Review’ is a large project that will take a few years to complete. We want to know what ideas you have for the town’s growth and how we should preserve and improve our neighborhoods, commercial viability, services, and cultural and natural heritage.   An online/virtual public workshop is slated for September 23, and an online survey will be available until September 18 on cometogetherws.ca/opr.

We are also conducting a ward boundary review.  uring this review, we assess whether the town’s present wards constitute an effective and equitable representation system.

Whitchurch-Stouffville currently has six wards (hence six councillors).  Based on projected population growth, and other factors, is that enough, or is it too many? We have a survey available at cometogetherws.ca/wards, and they are also available at selected town facilities.

We also want to know your thoughts about Downtown Stouffville.

As with the ward review, this is a new project that is now getting underway.  What do you think of the business landscape?  What about parking?  What would make downtown a better place?  Fill out our survey at cometogetherws.ca/downtown. It will be open until September 9.

We have at least two other projects that will need your input very soon: the aforementioned ‘Economic Development Strategy’ and the Region of York’s re-development of Ninth Line between Bloomington and Aurora Roads.  Keep an eye out on the website, the town’s social media accounts, or our podcast the “Talk of the Town” for more information.