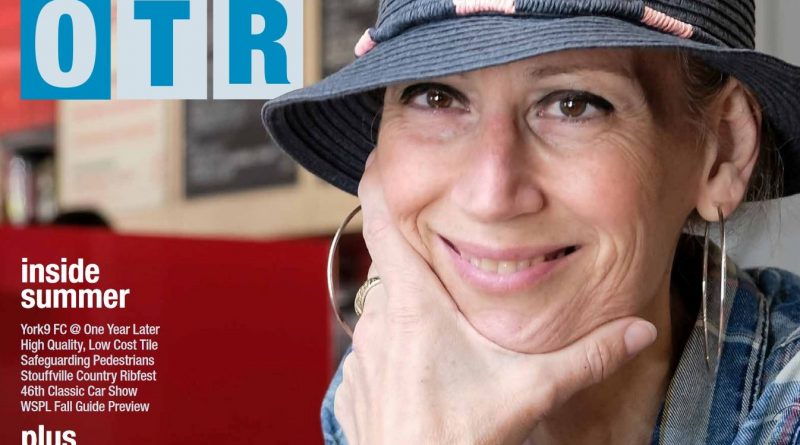 The Town of Whitchurch-Stouffville has been awarded a platinum award, three gold awards and one honourable mention from the Hermes Creative Awards for creative excellence in marketing and communications.

The awards were for three town publications and two videos produced by the Corporate Communications division and the Economic Development Office. The Hermes Creative Awards recognizes outstanding work by creative professionals involved in the concept, writing, and design of traditional and emerging media.

The town received the following:

1. Platinum 2020 Award Winner in the Publications/Other category for the 2020 Whitchurch-Stouffville Operating Budget.

2. Gold 2020 Award Winner in the Publications/Magazine category for the Summer 2019 edition of the On the Road in Whitchurch-Stouffville (OTR).

3. Gold 2020 Award Winner in the Publications/Annual Report category for the 2019 Whitchurch-Stouffville Year in Review.

4. Gold 2020 Award Winner in the category Interactive Media/Video/Educational for How is your Roundabout Etiquette?

5. Honourable Mention in the category Interactive Media/Video/Government for Cast Your Ballot on October 22.

“We are very happy to have been recognized for these awards,” said Glenn Jackson, Corporate Communications Officer with the Town. “We put a lot of effort and pride into what we produce for the public and being recognized on an international level is a great compliment.”

Judges are industry professionals who look for “companies and individuals whose talent exceeds a high standard of excellence and whose work serves as a benchmark for the industry,” according to the Hermes Creative Team. There are expected to be about 6,000 entries from throughout the United States, Canada and dozens of other countries in the 2020 competition.

“We are very fortunate to have some wonderful creative partners we work with,” Jackson said. “They all have a great sense of design and produce high-quality work.”

The Platinum award winner – the 2020 Whitchurch-Stouffville Operating Budget – was designed, co-written and produced by Jackson. It featured photographs by Julie Williams of Stouffville’s Pretty in Pictures and additional graphic work by Brianna Self of wrap design. Town Treasurer Brian Parrott and Manager of Finance Carol Brown co-wrote the document. The document can be viewed at townofws.ca/2020OperatingBudget.

The summer edition of “On the Road” was written, designed and produced by David Tuley, the Town’s Economic Development Officer. Various photos were taken by Williams and Jackson was a contributor. This edition featured popular Stouffville writer and blogger Anna Trokova on the cover.

The winning edition can be viewed at townofws.ca/Summer2019OTR.

Both award-winning videos were produced, edited and co-directed by Dave Lawlor of Lawlor Media. Jackson wrote and co-directed both with assistance from Cassandra Papas, Communication Coordinator with the Town. On-air talent included Jackson, Papas and the Whitchurch-Stouffville Fire Department. Additional drone footage was filmed by Town staff Dave Chatwell and Paul Mercer. The How’s Your Roundabout Etiquette video can be viewed at vimeo.com/288070764 and the Cast Your Ballot on October 22 video may be viewed at vimeo.com/294868110.

“Our marketing thrives when we take an innovative approach, sometimes reaching outside-the-box,” Jackson said. “We have to create communications that citizens can relate too. And I think we achieve this with everything we do, not just these five projects.”

The Association of Marketing and Communication Professionals (AMCP), an international organization made up of several thousand marketing, communication, advertising, public relations, media production and free-lance professions, administers and judges the Hermes Awards.