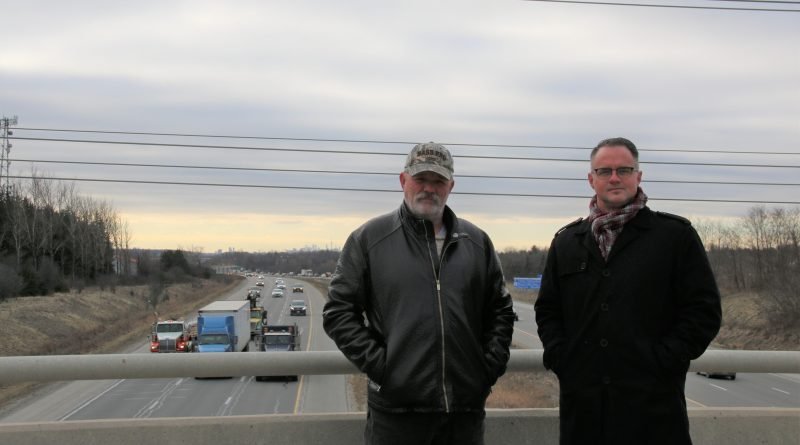 In anticipation of the province giving the final okay on Bill 66, a piece of legislation which will allow some changes in land use within what is the Oak Ridges Moraine, Town of Whitchurch-Stouffville officials are making sure they are the first to speak up and ask for changes in at the provincial level that affect the township.

They have formally asked the province to consider designating lands close to 400-series highways in the Greater Toronto and Hamilton Area (GTHA) as Provincially Significant Employment Areas. The request, if granted, would encourage commercial and industrial development along the Highway 404 corridor in western Whitchurch-Stouffville.

This is not something new explains Ward 3 Councillor Hugo Kroon, whose ward includes much of the township’s 404 corridor lands, as much of the land in question had previously been okayed for development before the provincial Liberal government passed moraine “green-belt” legislation that covered the area. Indeed, some development has taken place near the Gormley area near Stouffville Rd. and Woodbine Ave., but the true economic benefit for the area remained buried under the green-land designation.

The lands that the town specifically want opened again is the stretch of land south of Bethesda between the 404 and Woodbine and a couple of pockets on the East side of Woodbine that already have some development. But until changes happen, other municipalities, including Markham to the South and Aurora to the North-West happily go about developing their corridor land, and Stouffville is currently frozen out.

“Look at that (construction) crane over there,” Kroon says as he points north from the Bethesda, Highway 404 overpass. “You don’t see any of that on our side.” He goes on to note that Stouffville is the municipality that is the furthest south on the Highway 404 corridors not to be able to control its destiny in terms of developing, not just jobs in the area, but much-needed long-term tax revenue. “We want (to be given) the opportunity to increase our assessment so we don’t become, either non-functional or a burden on anybody” notes Kroon.

“The town has a significant amount of land along Highway 404 in Gormley and that land is highly attractive for employment growth,” said Mayor Iain Lovatt. “It is vital that we attract more commercial and industrial development to help augment our tax base and the development of these lands would be of great benefit to our municipality.”

This call for the ability to access commercial and industrial development is one echoed by all other members of council as they see that the dwindling residential development that Stouffville has relied on for so long is not sufficient to maintain long-term municipal financial health.

But while critics of Bill 66 are already lining up against changes, positioning it as an all-out assault on the environment, Kroon warns the request they presented is not about that at all.

“Whitchurch-Stouffville vigorously supports the intent and application of both the Greenbelt Act and the Oak Ridges Moraine Conservation Act,” said Ward 3 Councillor Hugo Kroon, who tabled the motion. “However, not all industrial developments pose a threat to the environment. “Permitting clean industrial development will not only help create jobs but also recoup the cost of the investment and recapture the value of the 400-series highways,” Kroon said. “Whitchurch-Stouffville is in desperate need for employment growth.”

Town staff will report back to council later with a detailed proposal for the Gormley lands for provincial approval.