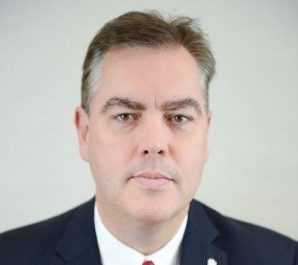 Stung by negative publicity in local and social media and a wave of employees either shifting positions or leaving the town altogether, the Town of Whitchurch-Stouffville has tabled a formal human resources plan that intends to update procedures and structures to better serve the town over the next five years.

The plan, delivered to council by newly appointed human resources manager Pavlina Thompson in late April, was requested by the office of town CAO Marc Pourvahidi. The need for such a plan was outlined in an unusual, formal response to media coverage from the CAO which suggested that it was not all a reaction to negative reports but a response to demographic and behavioral trends.

Citing Baby Boomer retirements, changing management structures in a fast-growing town, a more mobile workforce and private and government competition for talent, the CAO’s office notes there is also opportunity.

“The town is also benefiting from this situation as a high percentage of the town’s new recruitment/employees are coming from the surrounding municipalities,” a spokesperson said.

However, the positive spin did nothing hide the underlying issues that apparently prompted the report. The wide-ranging presentation to council in late April, entitled Human Resources Strategic Plan 2016-2020, itemizes 11 “priority actions” that will be pursued in response to its findings. It seeks to understand and address concerns of current staff, note positive or negative “patterns and trends” in organizational culture, monitor department staffing needs, establish performance benchmark and monitoring methods, among other recommendations.

Another key item included was input from past employees on why they left. Noting that 42, or eight percent, of the 472 town staff members changed roles (internal movement or departure) since January 2015, the report seeks to give some context to why employees change or leave. While the 472 positions include full and part time workers from all departments, many of the 42 positions noted were full-time at Town offices where under one hundred people work. This concentration of changes, including a majority of positions in the CAO office, were front and centre in study considerations.

Some internal movement allowed for promotions of exceptional employees, but among the reasons people left included organizational inefficiency, dissatisfaction with leadership, internal conflict, fear of voicing concerns, a feeling of being undervalued and especially poor compensation.

Other challenges include the time and effort to bring new staff up to speed, including incoming elected officials, which, in the case of the 2014 election, included five of the town’s seven council members—the mayor and four councillors.

Contributing to these issues is an HR information system (HRIS) that has not been well implemented. The report notes that the current HRIS has not been used to centrally track performance, raises, vacation entitlements etc. But are instead tracked only by individual departments, leading to varied methods, efficiencies and no understanding of the organization on the whole.

The issue of compensation will likely be a prominent issue moving forward as several prominent ex-staffers have cited this as a concern. Part of the study presented to council recommends engaging a third party to establish industry compensation benchmarks for various roles of staff including those of mayor and town council. It could include the development of a more thorough code of conduct for staff and council.

“To attract and retain high quality talent,” the report notes, “compensation and benefits must be market competitive, be pay equity compliant, meet internal equity and job evaluation must be conducted using a trusted and fair process.”

The issue of council salary is always a hot one in any municipal discussion as is was a few years ago.

Current council salaries, still hover under $35,000 plus a car allowance, with the mayor’s compensation being just over $50k.  But with full-time hours being demanded of council in a fast-growing municipal population that will eventually reach 65,000 in coming years, one thing the third party will have to determine is whether they are paid full time wages. And if so, how much?

Municipalities like Markham have made that jump and now see full-time ward councilors earning approximately $75,000 per year plus benefits and other pay for work on various boards.

Thompson estimates that any recommendations from the third party, who is still to be contracted, will come within four months with steps to be taken in terms of salary equalization and other required measures decided on later in the year by council.

In a twist to the ongoing discussion over employment standards within the Town, it was announced that Town CAO Marc Pourvahidi was taking a personal leave of absence for an undisclosed period of time. The announcement from the Town was issued shortly after the new HR study was presented to council, naming well-respected Fire Chief Rob McKenzie as the interim CAO.

But citing lack of resources among other issues, McKenzie then declined to take the role on longer than what was absolutely required so the job is now in the hands of Director of Leisure and Recreation Rob Raycroft. His length of tenure has not been specified.