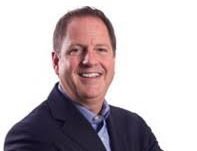 His first day on the job will be June 24.

Adams, who served three years as the CAO of Grey Highlands, is an experienced senior executive with over 25 years of progressive leadership experience within the municipal government sector and technology industry. He has worked in both urban and rural municipalities at both the upper and lower tier.

“Rob will be a tremendous asset to the team here at the Town of Whitchurch-Stouffville,” Mayor Iain Lovatt said. “His experience as a leader and innovator will serve our town well. We are very excited to have him on the team.”

Along with being an accomplished municipal leader, Adams is a proven business executive with many years of experience in the private sector managing strategic partnerships and business development. His educational training includes an Honours BA in Political Science and a Master’s Degree in Local Government from Western University.

In addition, Adams brings extensive knowledge and political experience as a mayor, councilor and county warden. Adams’ experience includes three terms as mayor of Orangeville and four terms as warden of Dufferin County before he became CAO of Grey Highlands.

“Rob’s strong management skills together with his experience as a municipal leader provides for a unique background from which to lead staff and advise council,” Lovatt said. “I truly believe he is the best person for the job. I look forward to working with him on a regular basis.”

“I’m really excited to be joining the staff team at Whitchurch-Stouffville and I look forward to working with the mayor and council towards building an even better community,” Adams said in assuming the CAO role.

The position of CAO became vacant when Roman Martiuk announced in January his intention to retire. Martiuk had been CAO since August 2017.