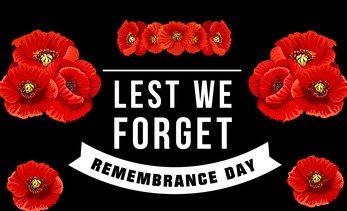 Local veterans who served  during World War II will be commemorated with memorial banners on Main Street thanks to a collaoration between MPP Paul Calandra and the Town of Whitchurch-Stouffville.

The banners will be unveiled at a special ceremony on October 25 at 10 a.m. outside the Clock Tower in downtown Stouffville.

The complete collection will be on display inside the “Lebovic Center for the Performing Arts – 19 on the Park” and then hung on Main Street lampposts for public display.

Mayor Iain Lovatt and Calandra will be speaking at the ceremony. Other local dignitaries will also be in attendance.

This year marks the 75th anniversary of the Normandy Landings often referred to as ‘D-Day.’ On June 6, 1944, Allied forces invaded German strongholds in northern France seeking to liberate the country, and the majority of Europe, from German control. The success of the invasion laid the foundation for Allied victory on the Western Front.

The Town wishes to thank the Office of the Honourable Paul Calandra, the Whitchurch-Stouffville Museum and Community Center, and the Stouffville Legion Br. 459 for their assistance and devotion to this initiative. The public is invited to attend this free event.

The banners are expected to be hung on Main Street until mid-November.