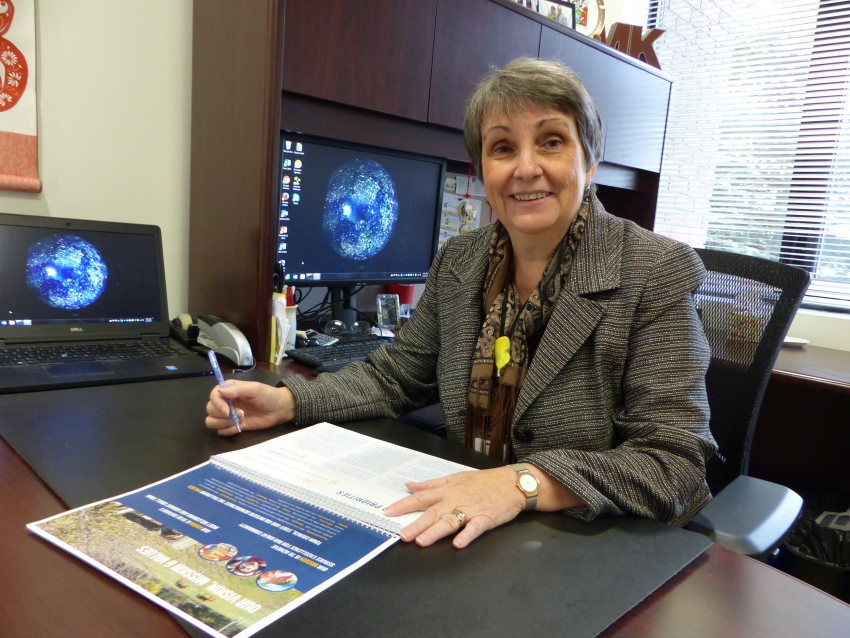 Michele Kennedy, Director of Corporate Services and Clerk, is retiring after over 29 years of service with the Town of Whitchurch-Stouffville.

“Michele has been a great asset to the Town over the years,” said Mayor Justin Altmann. “Overseeing the Corporate Services Department and holding the position of Clerk at the same time is a tough job, and she has performed that duty admirably.”

After earning her Honors BA from Queen’s University in 1982 and a Diploma from Sir Sandford Fleming College, Kennedy began her working career as a legal secretary/law clerk in Peterborough. She was hired by the Town of Whitchurch-Stouffville in 1987 as Subdivision Clerk.

“The Town is a great place to live and work which is why I spent my entire municipal career with this municipality,” Kennedy says. “I am proud of the fact that as Director of Corporate Services and Town Clerk I was able to make a difference in the municipality which is also my home.”

She has lived in Stouffville for 26 years with her husband Michael.

After beginning work in Whitchurch-Stouffville in 1987, she was appointed Deputy Clerk in 1990 and to the Municipal Clerk’s position in 1993. In 2015 she assumed the duties of Director of Corporate Services.

She has served under 10 councils and four mayors. She has also administered eight regular elections, two by-elections and four recounts.

“As a former Mayor of Whitchurch-Stouffville, I know first-hand how Michele’s knowledge and experience helped provide important legislative and clerical support to the town and members of Council,” said York Region Chairman and CEO Wayne Emmerson. “Congratulations on her well-deserved retirement.”

She played an important role for the province in the implementation of the new Cemeteries Act of 1993. She was an active member of the AMCTO Zone 4 Executive, the Municipal Election Project Team, the Legislative Committee and was elected AMCTO Director at Large in 2005.

In 2012 she was awarded a Certificate of Appreciation by Zone 4 of AMCTO in recognition of her contribution to Zone 4 and the advancement of the municipal profession.

Her creative side showed when she did fun things like developing the Toys for Tickets program, holding a fashion show at a Council meeting when by-law enforcement uniforms were introduced, organizing a flash mob at a Council meeting for the retiring mayor, running a theme song contest for the last municipal election and organizing a master chef competition as a fund-raiser for the United Way.

Her last day at the Town was Jan. 31. Her last council meeting was the budget deliberations which took place Jan. 24.

“It amazes me how fast the years have gone by – I guess that it is true that time really does fly when you enjoy what you are doing” she says.

She is passionate about gardening, needlework and travel, and looks forward to new beginnings in 2017.

“I have thoroughly enjoyed working with everyone and I have made a number of very good friends in the process,” she says. “Those friendships helped me appreciate the journey but also made saying goodbye so very hard.”

The Town of Whitchurch-Stouffville thanks Kennedy for all her work over the years and wishes her all the best for the future.