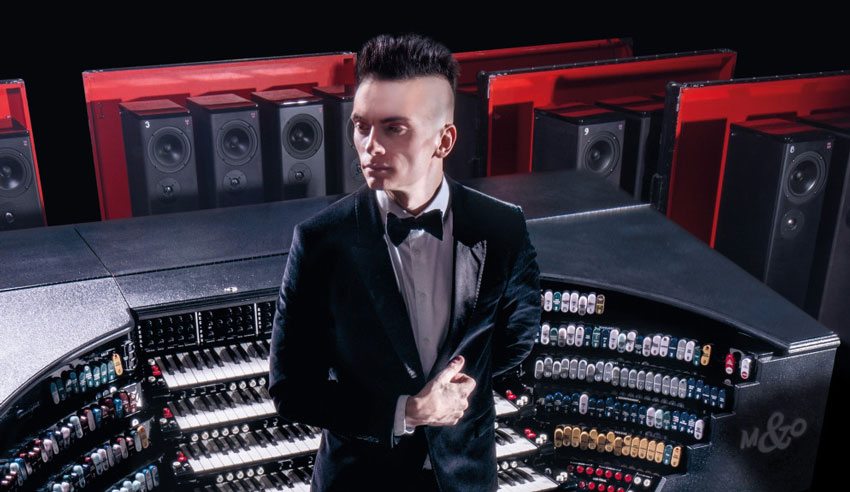 Cameron Carpenter is the world’s most visible organist and the first ever organist nominated for a Grammy Award for a solo album.

He is a virtuoso composer-performer who is smashing the stereotypes of organists, organ music and classical music. He has the largest and most diverse repertoire of any organist in the world. Since receiving a master’s degree from the Juilliard School in New York in 2006, he has performed at venues including Royal Albert Hall, the Leipzig Gewandhaus, Melbourne Town Hall, Tchaikovsky Hall in Moscow, Davies Hall in San Francisco, and many others. He performs regularly with the Los Angeles Philharmonic, San Francisco Symphony, Berlin Philharmonic and National Symphony Orchestra.

Carpenter’s latest album, All You Need is Bach, was released by Sony and topped the Billboard classical charts at number one in the U.S. and the European charts.

Carpenter travels with the one-of-a-kind international touring organ, a project ten years in the making. The world’s first truly artistic digital organ, its sophisticated technology reproduces
the sounds of the finest historical organs, providing Cameron with an unprecedented degree of flexibility in performances spaces and in his concert repertoire, which is already among the largest and most diverse of any organist in the world.